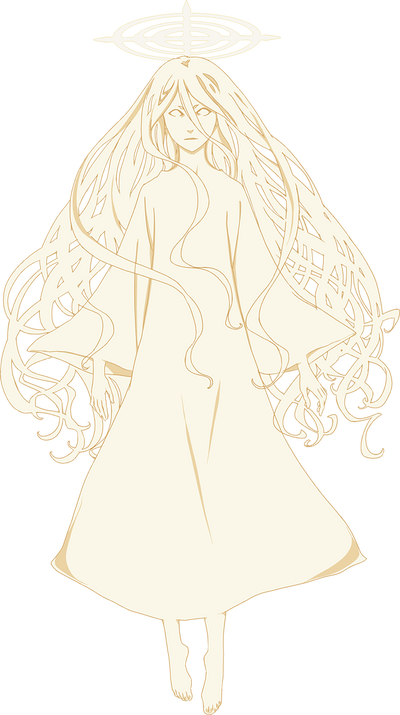 Aiwass (エイワス Eiwasu) is a mysterious being summoned by Aleister Crowley, and his former mentor that dictated the Book of Law to him. It is called under the codename of DRAGON, but also refers to itself as something similar to an angel. It is referred to by other as an "Extraterrestrial Life Form", "Holy Guardian Angel", and "the true person who holds the secrets to modern western magic organizations", and it seems to be one of the cornerstones of Aleister Crowley's plan and his greatest treasure.

According to Othinus, Aiwass is the angel of the bottommost layer of the world, the Pure World of physical laws untouched by magic or religion. It bears the number 93.

Attack Potency: At least Planet level, likely far higher (Easily stomped black wings Accelerator, casually crushed a Invisible Thing described as being stronger than the one from WWIII that terrified Fiamma of the Right, Imagine Breaker can barely negate its casual attacks) | At least High Complex Multiverse level (Aleister Crowley intends to use it to destroy all phases and reduce the world to the Pure World, which is something out of the reach of magic gods, stated to have been constructed to oppose and overpower all magic gods)

Speed: Semi-Omnipresent (Exists in every area filled with AIM)

Intelligence: Extremely high, comparable to Accelerator and was Aleister Crowley's former mentor who dictated the Book of Law to him, casually adapted Mina Mathers to a more compact grimoire

Weaknesses: Aiwass needs to be surrounded by a heavy concentration of AIM for it to exist in the human realm, it cannot unleash its full power without an avatar

Key: Without an Avatar | Full Power