VS Battles Wiki
Register
Don't have an account?
Sign In
in: Characters, Bleach, Anime Characters,
and 16 more 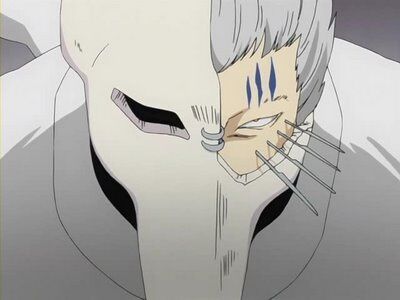 Aisslinger Wernarr is the 17th Arrancar in Sosuke Aizen's army, and one of the gatekeepers of Las Noches.

Powers and Abilities: Superhuman Physical Characteristics, Spiritual Awareness, Extrasensory Perception (Can sense beings with Reiatsu), Pseudo-flight, Can take his reiryoku and exert it as reiatsu, Statistics Amplification (Can enhance his speed with Sonído and harden his skin with Hierro), Longevity, Energy Projection, Invisibility, Non-Physical Interaction (Can harm and interact with intangible spirits and objects), Soul Manipulation (Arrancar and Hollows can extract and consume souls), Resistance to Soul Manipulation

Intelligence: Aisslinger is a keen and perceptive combatant, making use of special traps to judge the speed and strength of his opponents.