VS Battles Wiki
Register
Don't have an account?
Sign In
in: Characters, Female Characters, Manga Characters,
and 15 more 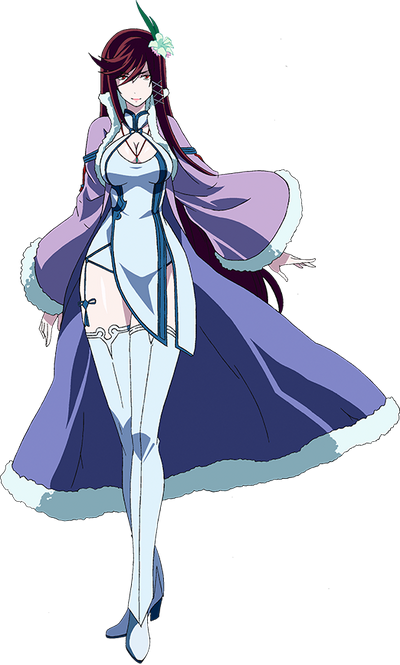 Aisrehdar is the chief of Chronos, a mysterious organization that fights and suppresses Horologues. She is one of the descendants of Chronos, the god of time, and considers herself to be Mina's sister as both share the blood of Chronos, though there's no actual relation between them. Aisrehdar reluctantly handed over her Time Covenant, the Unique, to Victor in the past, and accepts him and his son into the organization when they pass her test. However, Aisrehdar greatly dislikes Victor because he's the target of Mina's affections, as she believes the love between a human and an immortal scion of Chronos will only lead to tragedy.

Attack Potency: At least Small Building level (Easily overpowers Mina with one finger, destroys walls and sections of a building with her attacks)

Speed: At least Subsonic+ (Faster than Mina), likely Hypersonic reactions (Caught several of Victor's Ace Shot cards, which can be shot at least at speeds of Mach 10). Hypersonic by accelerating her own body (Stated by the narration to be capable of moving at speeds of Mach 5, maybe Mach 10)

Durability: At least Small Building level (Should be fairly superior to Victor and Mina)

Stamina: At least above average

Intelligence: At least above average, Aisrehdar has immense amounts of experience and is very creative and skilled at using her time powers

Weaknesses: Normal human weaknesses, her power depends on her will

Scion of Chronos: Aisrehdar is a descendant of Chronos, the god of time. Her blood is capable of purifying Horologues and protects her from the effect caused by their direct bites. As a mature descendant of Chronos, Aisrehdar is no longer considered a regular human and she stopped aging at 18. As the current inheritor of Chronos, Aisrehdar can manipulate the time of all things, objects, and living beings, at will without the use of a Time Covenant, though she can use the Unique, the original Time Covenant, as a catalyst to boost the range and intensity of her powers. Unlike regular Chronos Rulers who specialize in one element or type of object, Aisrehdar can freely use her powers on anything. Thus, she can counter other Chronos Ruler's abilities by simply going the opposite direction: speeding up their Slow Down techniques and slowing down their Speed Up techniques.

Martial Arts: Aisrehdar is a very skilled martial artist, particularly she's a practitioner of Baguazhang, with her specialty being the Tensho.

Killing Intent: Aisrehdar is capable of producing killing intent intense enough to almost cause Victor to suffocate when she was next to him, with him admitting he'd have probably died if he hadn't leaped back for another split second.