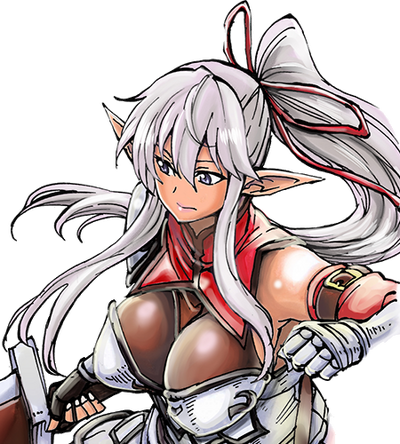 Aisha Udgard is one of the female protagonist of How a Realist Hero Rebuilt the Kingdom series.

Origin: How a Realist Hero Rebuilt the Kingdom

Speed: Subsonic (Superior to Nick who can move faster than the eye can see. Superior to Halbert Magna)

Lifting Strength: Superhuman (Capable of lifting her great sword which is so heavy it splits the ground when it touches it)

Intelligence: Aisha is a skilled combatant, being the strongest and most skilled person in the kingdom

Retrieved from "https://vsbattles.fandom.com/wiki/Aisha_Udgard?oldid=5267843"
Community content is available under CC-BY-SA unless otherwise noted.