VS Battles Wiki
Register
Don't have an account?
Sign In
Advertisement
in: Tier 7, Tier 7-B, Unknown Tier,
and 19 more 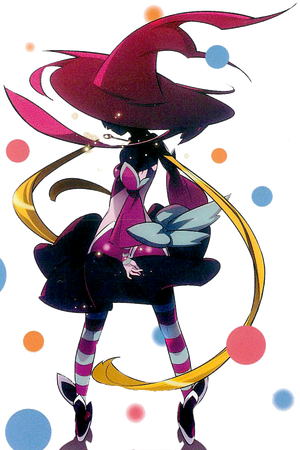 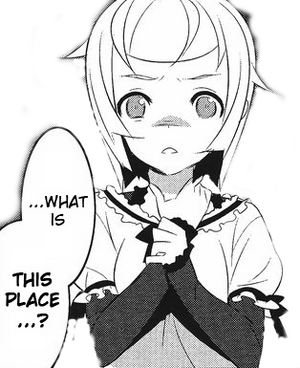 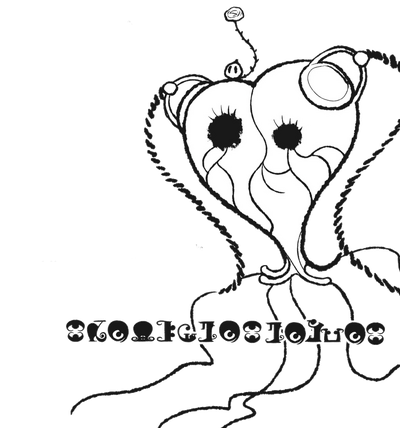 The first antagonist of Puella Magi Kazumi Magica, appearing in both Volumes One and Two, she was responsible for the Evil Nut spreading across town. Originally a sickly girl who was healed by the wish of her best friend, Airi would be attacked by a witch but saved by the Saints. It was only after the battle that she found out that witch had been Yuuri, and began her quest for vengeance.

As part of her wish, she became Yuuri, explaining her impressive power for a magical girl. This also implies that her shapeshifting might be her main magic, but she seems to rarely use it if at all.

Name: Airi Anri, Yuuri Asuka (Took the identity of the real Yuuri as part of her wish).

Powers and Abilities: Puella Magi Physiology, Summoning via Como Forte (Summons a large construct of a bull used to ram into her enemies), Creation (Can create cuffs from her surroundings capable of restraining even an early Kazumi Subaru), Shapeshifting (Transformed into Satomi Usagi to trap Kazumi Subaru on her own), Teleportation (Teleported after her first battle in Volume One against the Pleiades Saints), Stealth Mastery (Had been following the Pleiades Saints in their multiple battles in the first volume without being caught), possibly Spatial Manipulation via Il Triangolo, Corruption via Magica Arrabbiata / Evil Nuts (Non-Physical, corrupts enemies into a Witch with resistance towards Extrasensory Perception), likely has the abilities of the original Yuuri. | All previous abilities but greater (Such as the ability to teleport her enemies as well), Witch Physiology (Puella Magi), Chain Manipulation (Capable of controlling dozens of chains strong enough to impale Kazumi Subaru and torment the Pleiades Saints), possibly pseudo-Poison Manipulation (Enemies who enter Arzt Kochen's barrier are pumped with so much anesthesia that they die; by becoming Yuuri, Airi's witch should also have the same ability and the Saints were also shown to be knocked out from entering her barrier), minor Body Control (The witch's hair, although are actually parts of a defibrillator, can be used like a whip).

Attack Potency: At least City level (Her main attack, Como Forte would have significantly injured Kazumi had it not been halted by the Pleiades Saints. Managed to knock out Kazumi and heavily injure the Pleiades in a surprise attack shortly after they freed Umika and Karou). | At least City Level (Her chains managed to completely impale Kazumi and even her hair when used as a whip injured her).

Speed: At least Massively Hypersonic (Managed to completely dodge Figri Del Toano from four of the Pleiades Saints, something that Kazumi Subaru had to take head on).

Striking Strength: Unknown, at least City Class with Como Forte (Killed a witch with her bare hands upon first becoming a magical girl and would have significantly injured Kazumi with her bull construct as well). | At least City Class

Durability: City level, possibly higher (Managed to deflect an attack from an early albeit enraged Kazumi Subaru with her gun). Higher for her Soul Gem (Soul Gems tend to be the most durable part of a magical girl, as their purpose is to provide a safe, compact 'body' for magical girls according to Kyubey). | At least City level (Would have required the Pleiades Saints to use Figri Del Toano, an amplified attack that requires several of the saints, to be killed had Kazumi not used Limit Esterni).

Stamina: At least Very High, likely Superhuman (Should at least be on par with Homura Akemi, who is rated as one of the lowest in terms of stamina. Can be comparable to Sayaka Miki who is ranked slightly higher.)

Range: The soul gem can only possess the magical girl's body up to 100 meters away. Several kilometers with Extrasensory Perception (All magical girls can detect the usage of magic and the existence of curses from within their cities, sometimes even outside their own city)

Intelligence: Significantly High (Created the Evil Nut, something that could replicate the process of a Witch being born without a corrupted soul gem. Managed to trap Kazumi by replicating Satomi's personality and mannerisms to a tee and implied to have some sort of relationship with Kanna Hijiri).