VS Battles Wiki
Register
Don't have an account?
Sign In
Advertisement
in: Tier 6, Tier 6-C, Digimon,
and 26 more 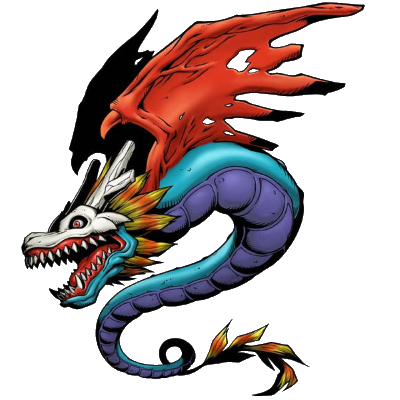 Airdramon is a Mythical Beast Digimon that grew gigantic wings. It's a highly valued monster due to it being said to have an existence close to that of a god. It specializes in mid-air attacks, its roar calls forth storms, and it causes giant tornadoes by flapping its wings. Its personality is considerably brutal, but it has great intelligence. However, being employed by an ordinary Tamer doesn't seem possible.

Attack Potency: Island level (Comparable to Seadramon who made great storms throughout the Middle East with his presence. Should be comparable to Meramon who could vaporize a lake and dried up all of Southeast Asia. Comparable to Frigimon who could cause a snowstorm with its presence. Can create storms and tornadoes with simple roars or flaps of its wings. Was going to destroy File Island with its tornadoes).

Speed: Massively Hypersonic+ (Via scaling to Wizardmon) with Relativistic reactions and combat speed (Champion level Digimon should at least be able to react to and fight the likes of Aiba).