VS Battles Wiki
Register
Don't have an account?
Sign In
in: Characters, Game Characters, Sin and Punishment,
and 20 more 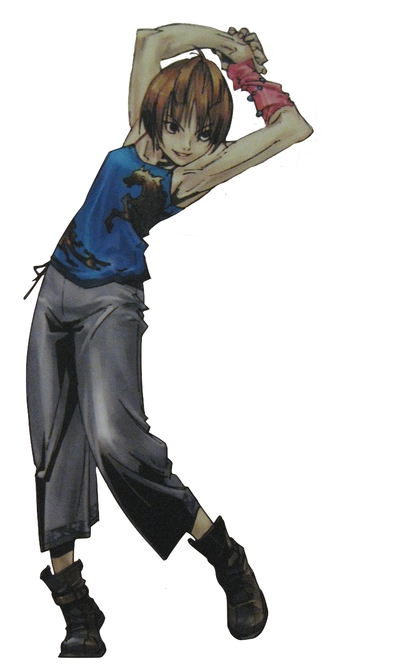 Airan Jo is the secondary protagonist of the first Sin and Punishment game, she is a member of the Savior Group with the mission of eradicating the aliens knows as the Ruffians alongside Saki and Achi. Like Saki, she was heavily wounded in a mission and resurrected by Achi, and later on decided to protect Saki and help him into regaining his human form.

Origin: Sin and Punishment: Successor of the Earth

Age: 15 years old, older prior to Successor of the Skies

Powers and Abilities: Superhuman Physical Characteristics, Longevity, Hacking, Vehicular Mastery, Self-Sustenance (Type 1. Those with Achi's blood can breathe in space), Weapon Mastery (Has mastery over her weapon, which acts as a gun and a sword), Energy Projection (Her weapon has a Lock-on system, can fire projectiles, or a charged one), Attack Reflection (Her weapon can also deflect missiles by turning them into energy based projectiles), Able to connect with Saki's Ruffian Form preventing him from losing his mind, Resistance to Extreme Cold and Cosmic Radiations

Speed: Superhuman with Subsonic combat and reaction speed (Fought and reacted to Brad, who moves fast enough to leave afterimages)

Striking Strength: Small City Class+ (Her weapon in sword form can harm those comparable to her)

Durability: Small City level+ (Can take attacks from those comparable to her. Tanked an explosion from a bomb left by Leeda, blasts of energy from the Vigilanced System, missiles and the destruction of the Heatbomb)

Range: Extended melee range with her dolphin gun, tens of meters with projectiles.

Intelligence: Gifted (Skilled in the use of her weapon, easily hacked an elevator and pilot the transporter) 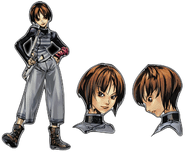