VS Battles Wiki
Register
Don't have an account?
Sign In
Advertisement
in: Tier 9, Tier 9-B, Tier 8,
and 24 more 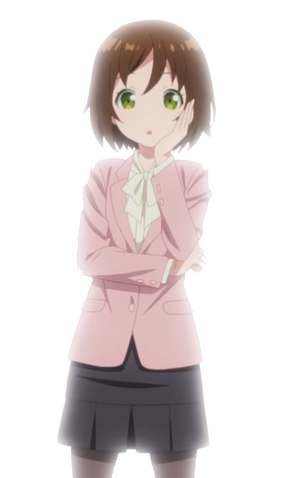 Aiko Hatayama was the Homeroom Teacher who along with her students such as Hajime Nagumo, were summoned to a another world, Tortus.

Powers and Abilities: Superhuman Physical Characteristics, Earth Manipulation, Extrasensory Perception, Plant Manipulation, Automatic Translation, Forcefield Creation, Magic, Statistics Amplification (Those who can use magic can statistically improve their stats), Accelerated Growth (Those who have a high amount of mana naturally grow faster[1]), Physical and Magical Attack Reduction (The Defense and Magic Defense stats reduce the damage received from attacks and reduce the effects of magic used against them[2]), Aura (Those with mana can emit an aura, and those with high amounts of mana can emit an aura so strong that it even has physical force, despite the immaterial nature of mana. Those who are specially powerful like those who are at Liberators level, are able to clear the skies, affect the environment and even cause earthquakes with just their vast amount of mana), Social Influencing (With her charisma she captured the hearts of the knights from the church, who were send to watch her[3] despite their efforts to make her fall for their charm[4]. She also founded her own religion, where she is worshipped as the goddess of victory and fertility. Additionally, spirit magic is capable of increasing the user's "persuasiveness", therefore it's user's are capable of persuading the masses[5]), Air Manipulation, Water Manipulation, Information Analysis, Heat Manipulation, Soul Manipulation, Telepathy (Soul contact which is simple spirit magic lets people communicate with other, regardless of race and language[5]), Memory Manipulation (Spirit magic can manipulate and bring back suppressed memories[6]), Empathic Manipulation (Can use spirit magic to increase the persuasiveness of her words[5]), Adaptation (Earthlings unique energy is willpower which has the ability to easily accept other energies, which is the reason why they become able to use magic power. In Tortus, magic power was also related with human’s physical ability, so naturally the specs of earthling's also became superior to Tortus people after receiving magic power[7]), Extrasensory Perception, Enhanced Senses and Non-Physical Interaction (Mana can interact with intangible beings such as the illusions in Melusine's Labyrinth which are unaffected by physical attacks. Mana can also interact with demons who are[8] incorporeals whether when they are in Hell or when they are half materialized as shadows in Earth, can interact with apparitions that are[9] abstract beings[10] and can possibly also interact with divine spirits which are[11]pure elements[12] due to the similarity in properties with the spirit element energy. Similarly, mana users are able to feel said beings and see them), Law Manipulation, Limited Conceptual Manipulation (Type 2, Every ancient magic can manipulate some fundamental abstract concept[13], making the user capable of controlling the core elements that govern the laws of the world[14]. Can influence[15] and alter the fundamental laws of the universe[16], and concept magic which uses the power of ancient magic can rewrite the laws of reality[17]), Resistance to Body Puppetry (People with strong wills can resist magic which can compel others with just words, and even the noncombatants of the Liberators can also resist[18]), Mind Manipulation and Perception Manipulation (Resisted Noint's dark magic which brainwashes her target's. Dark magic influences the target's thoughts and perception[19]) | Same as before plus Resurrection (Automatically resurrects upon death[20]), Teleportation (Has a gate key[21]), Resistance to Soul Manipulation, Curse Manipulation, Power Nullification, Law Manipulation, Limited Conceptual Manipulation (Type 2, Users of soul shell have resisted Yato no Kami's authority which is a curse that destroys anyone who sees its form along with their family[22]. It is an artifact that specifically protects the soul, which means curses are also treated as attacks on the soul[22]. Additionally, those with soul shell can resist the effects of Divine Edict from Ehit[23]), Life Manipulation and Death Manipulation (Users of soul shell have also resisted the effects of curses like the one from ghosts, who can steal the vitality of living things just by existing[24] or Yato no Kami, who can kill the living just by existing[22]), Sense Manipulation (Felt the presence of monsters inside Haltina sea of trees[25] despite the fog's effects on the senses) and Regeneration Negation (The medicine of Hajime can counter the healing negation effects of the breath of Fried's dragon)

Attack Potency: Wall level (Despite being a non-combatant, by volume 6 Aiko is comparable to a weaker Kouki Amanogawa when he first entered The Orcus Great Labyrinth. Kouki was able to destroy walls), City Block level with Magic (Comparable to Kouki Amanogawa) | Wall level, City level with Magic (Superior to before. Inside her Sea of Trees Manifestation, she is considered practically unrivaled, she has plant monsters as powerful as the imitation apostle that once stood as the boss in the labyrinth of the great tree)

Speed: Subsonic (Comparable to a weaker Kouki who could move faster than the eye can see) | Subsonic (Superior to before), Speed of Light with Smartphone (Can fire lasers of concentrated super small sunlight)

Stamina: Superhuman (Aiko, despite being not a combatant, still have higher stats than most residence of the world, as such she's capable of traversing roads that's hard to tread while keeping pace with Hajime's party.[26])