VS Battles Wiki
Register
Don't have an account?
Sign In
Advertisement
in: Tier 2, Tier Low 2-C, Tier 1,
and 35 more 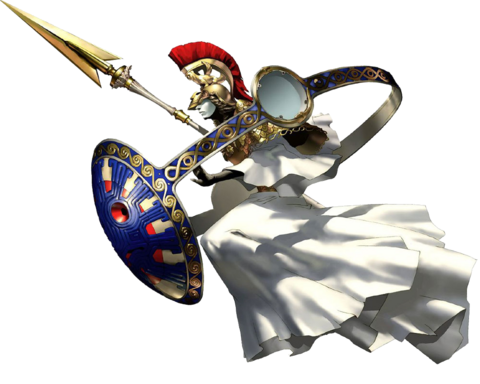 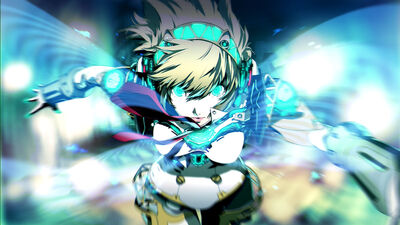 Aigis is a 7th Generation Anti-Shadow Suppression Weapon constructed by the Kirijo Group as part of their experiments. Created to wield a Persona and do battle against Shadows, she is one of the last of her kind. She fights alongside the members of SEES during the events of Persona 3, becoming especially attached to its field leader.

Base: Superhuman Physical Characteristics, Expert Ranged and Close Quarters Combatant, Inorganic Physiology (Type 2; is a robot), Cyborgization (Full; despite being a fully robotic being, Aigis still possesses a human soul and consciousness), Supernatural Willpower, Empowerment, and Reactive Power Level (In times of dire need, Persona users can massively increase their strength to the point to where those who previously stomped them can be overwhelmed by their sheer aura. Persona users can manifest new abilities and force their Persona's to evolve mid-fight, and change the tides of battle).

Resistances and Affinities: Resistance and Invulnerability to Physical Attacks.

Base: All previous abilities to a greater extent, minus Cyborgization and Inorganic Physiology (Despite physically still being an inorganic cyborg, she has lost her synaptic gaps, but still functions, with Fuuka describing her as really alive).

Stamina: High. Can fight constantly despite the stamina-draining atmosphere of the Dark Hour.

Persona Summoning: The ability to utilize Personas, powerful manifestations of the mind and soul. Personas can move and attack independently of their users, allowing for double-teaming between their user and the equipped Persona. Each Persona has a set of elemental affinities, which also apply to their user while the Persona is equipped.

Pallas Athena: The ultimate form of Aigis' Persona, Palladion. It represents the Chariot Arcana, resists strike damage and is weak to electricity damage.

Orgia Mode: Boosts Aigis' combat abilities for a short time, while also removing negative status effects. The improved version known as EX Orgia Mode further boosts Aigis' attack, speed and defense, while also granting regeneration during the time that the mode is active and refills her bullets. However, she might lose control while in this mode.

Orpheus: Makoto's initial Persona. He wields a harp as a weapon and speaks through a speaker set in his stomach. He is weak to electricity and dark-elemental attacks.

Thanatos: The Ultimate Persona of the Death Arcana, born from the fusion of all other Death Arcana Personas. In its first appearance, it ripped itself out of Orpheus' body to destroy the Magician shadow before fading. It reflects dark damage, resists slash and strike damage, and is weak to light damage.

Messiah: Makoto's final Persona and the Ultimate Persona of the Judgement Arcana, born from the fusion of Orpheus and Thanatos. It was used, alongside the Universe Arcana, to defeat the Nyx Avatar. It reflects light-elemental damage and is weak to dark-elemental damage. 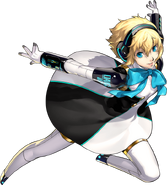