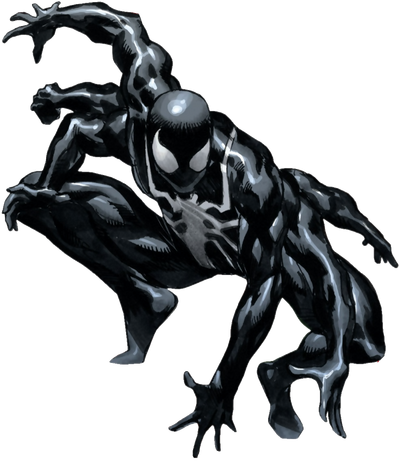 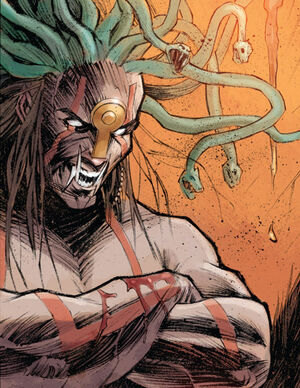 Ai Apaec the Decapitator was a god worshiped by the Moche people of Peru in South America. Prone to cruel torture and bloodletting, he was eventually captured by US government officials and into custody in the United States of America. He was eventually rescued by Norman Osborn and then later reinstated as a part of his Dark Avengers under the guise of Spider-Man

Powers and Abilities: Superhuman Physical Characteristics, Surface Scaling, Web Creation, Immortality (Type 1), Fangs and Multiple Arms, Enhanced Senses, Underwater Breathing (As stated here), Poison Manipulation (Can inject his venom, which was able to kill a person in a small dosage), Transformation between his base form and humanoid form and Large Size (Type 0) for his base form.

Attack Potency: Large Building level+ (Stronger than Shang-Chi, who at the time had powers of Spider-Man)

Lifting Strength: Class 100 (Lifted a submarine, which should be comparable to an Una-class submarine)

Range: Standard to extended melee range depending on the form. Unknown with webs.

Retrieved from "https://vsbattles.fandom.com/wiki/Ai_Apaec_(Marvel_Comics)?oldid=7020618"
Community content is available under CC-BY-SA unless otherwise noted.