VS Battles Wiki
Register
Don't have an account?
Sign In
in: Characters, Movie Characters, Cartoon Characters,
and 26 more 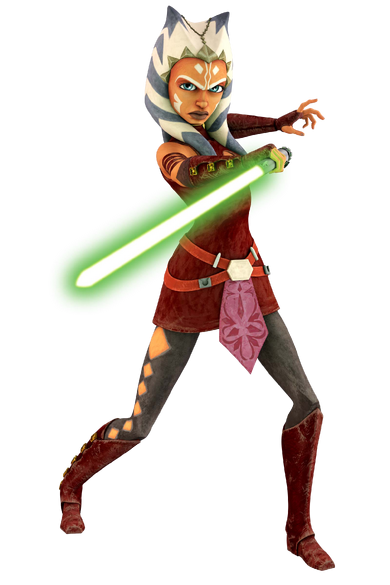 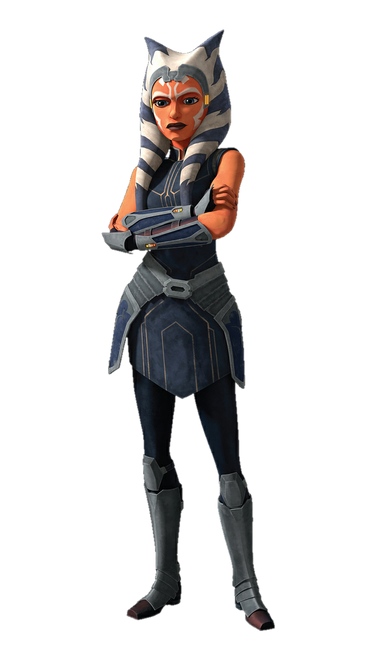 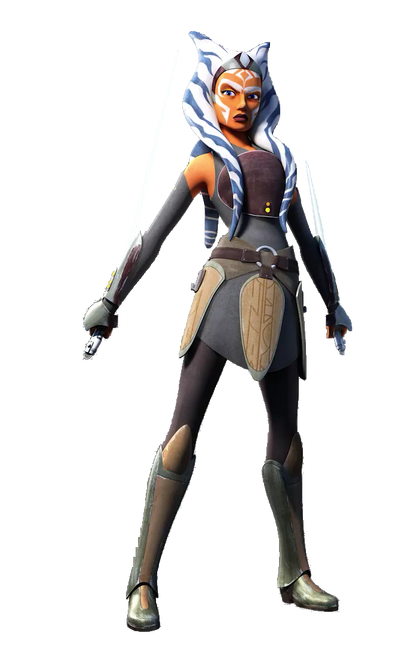 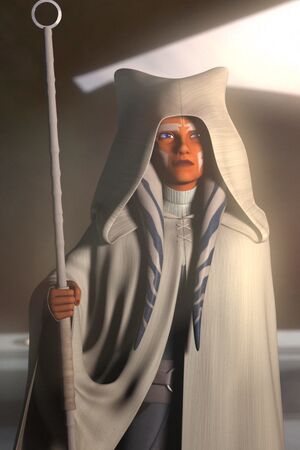 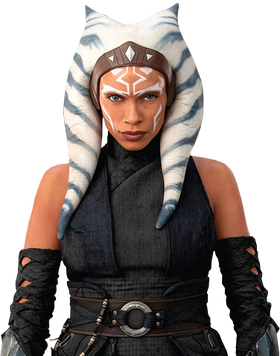 Ahsoka Tano, was the Padawan of famed Jedi Knight Anakin Skywalker during the Clone Wars. A talented young Togruta who was originally under the care of Jedi Master Plo Koon, she was later instructed by Jedi Grand Master Yoda to seek Skywalker's tutelage. Despite the Jedi Knight's initial misgivings about her, Ahsoka proved to be an excellent apprentice and a valuable ally who played a key role in numerous pivotal events of the Clone Wars.

After the execution of Order 66, Ahsoka later entered the service of the rebel cells that sought to overthrow Emperor Sheev Palpatine and restore the Galactic Republic. Acting as an information broker and covert ops agent codenamed Fulcrum, Ahsoka would serve as a powerful ally to the crew of the Ghost who mentored both Ezra Bridger and Kanan Jarrus in the ways of the Force despite her exile from the Jedi Order. However, she would later go missing after a mission on Malachor, where she engaged in an epic duel with her former master, who was now the feared Sith Lord Darth Vader.

Attack Potency: Large Town level (Has traded strikes with and even blasted back General Grievous. Although incapable of defeating Asajj Ventress, she is capable of contending with her. Also via scaling from her own defensive power). Can cut characters/armors with durability on the level of General Grievous and the AT-AT walker with lightsabers | Large Town level (Contended with Vader for a long while on Malachor. Word of God states that, as of 3 BBY, Darth Vader and Darth Sidious are the only two people in the Galactic Empire capable of contending with Ahsoka blow for blow) | Planet level (Has repeatedly stalemated Asajj Ventress)

Speed: Subsonic running speeds with Force Speed (Can barely keep up with Anakin and Ventress. Ran a distance of a few hundred kilometres on the moon Raada in the span of two hours. Should not be slower than the likes of Cal Kestis and the Second Sister, who can move at such speeds that they are a blur), Massively Hypersonic combat speeds and reactions augmented by precognition (Capable of putting up a defensive fight against General Grievous, Asajj Ventress, even Maul. It should also be noted that as an Ataru specialist, Force augmented speed, agility, reflexes are second nature to her) | Subsonic running speeds with Force Speed (Far superior to her Padawan self), Massively Hypersonic+ combat speeds and reactions augmented by precognition (Kept up with Darth Vader for most of their encounter. At least comparable to Maul. Word of god states that, as of 3 BBY, Vader and Sidious are the only two people in the Galactic Empire capable of taking Ahsoka blow for blow) | Relativistic. FTL reactions and combat speed (Can fight defensive battles against Asajj Ventress and General Grievous)

Durability: Wall level naturally (Scaling from other Force Adepts). Large Town level with Force Amplification (Has taken blows from General Grievous and telekinetic assaults from Barriss Offee, whose power is such that Ahsoka thought she really was the genuine thing when impersonating Ventress. In 18 BBY, a year after the end of the Clone Wars, a rusty Ahsoka managed to use the Force to defend against fire from fortress grade heavy artillery, a quick burst from such artillery being enough to destroy something as durable as a Maxillipede shuttle or Kom'rk-class Fighter) | Wall level naturally. Large Town level with Force Amplification (Could duel Darth Vader for several minutes. Blocked a blast of Sith Magic from Darth Sidious, albeit her arm was clearly severely injured from this attack) | Street level naturally. Planet level with Force Amplification

Stamina: Superhuman. Capable of fighting at near peak despite days of little to no sustenance and rest. Capable of fighting against a Jedi Padawan to Knight level Force user despite just having run for multiple hours nonstop, then immediately go on to successfully raid an Imperial base and rescue prisoners. Has consistently showcased stamina beyond what would be capable of even the most physically fit normal humans.

Range: Extended human melee range with lightsabers. Dozens of meters with telekinesis. Planetary to interplanetary with Force senses (Should be superior to the likes of Kanan Jarrus and Ezra Bridger, who could sense Darth Vader's Dark Side power on the planet Lothal while still in orbit and likely at least comparable to the likes of the Asajj Ventress and the Grand Inquisitor, who could sense when Force Adepts had left a planetary system)

Intelligence: Even in her early days as a Padawan, Ahsoka was unusually talented at lightsaber combat. Preferring an unorthodox reverse-hand grip as per the ancient version of Form V, she managed to single-handedly defeat three MagnaGuards and later went on to duel with infamous assassin Asajj Ventress as well as the infamous Jedi Hunter, General Grievous. Her skills only grew during her time in the order, switching to the Jar'Kai two sword style and surviving a second clash with Grievous even after he began using four swords at once. She is also a talented wielder of the Force, being so advanced in the use of telekinesis and Force Speed that her master, Jedi Knight Anakin Skywalker, sometimes forgot how young she was. Seventeen years after leaving the Jedi Order, she has honed her skills to mastery, casually defeating two Inquisitors, dueling former Sith Lord Darth Maul on even ground, and putting up a respectable fight against Darth Vader. In addition, the executive director of Rebels went so far as to say that Ahsoka's overall might was only rivaled by Vader and Sidious, further emphasizing the degree of her power and skill.

Weaknesses: By the end of the series, Ahsoka has become overly reliant on her second lightsaber and thus will be significantly hampered should she somehow be unable to retrieve it | None notable | None notable

Obi Wan Kenobi (Star Wars) Obi Wan's profile (This was Kenobi in Revenge of the Sith and Ahsoka during the Siege of Mandalore, canon versions were used and speed was equalized)