VS Battles Wiki
Register
Don't have an account?
Sign In
in: Characters, League of Legends, Female Characters,
and 29 more 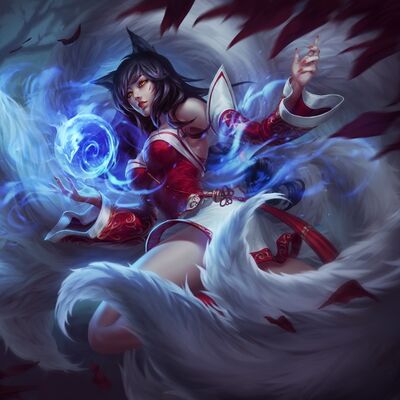 Innately connected to the latent power of Runeterra, Ahri is a vastaya who can reshape magic into orbs of raw energy. She revels in toying with her prey by manipulating their emotions before devouring their life essence. Despite her predatory nature, Ahri retains a sense of empathy as she receives flashes of memory from each soul she consumes. 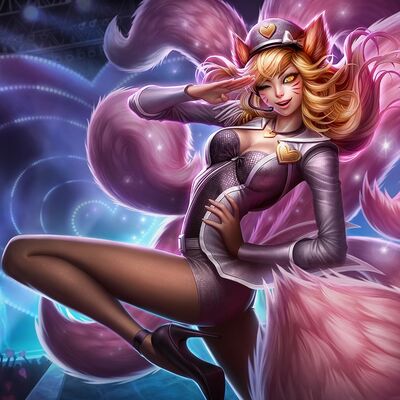 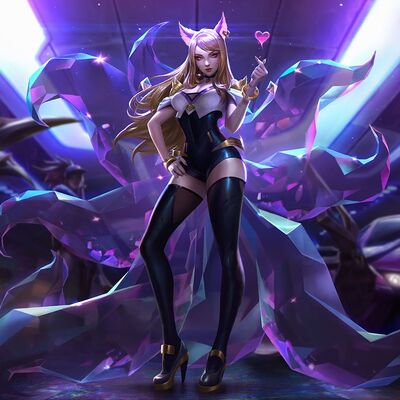 Setting her old bubblegum pop persona aside, Ahri was determined to shake up her image and reinvent herself as an unstoppable force within the music industry. Five years later, she has returned with a sleek new look and a killer sound—and this time she's not alone. 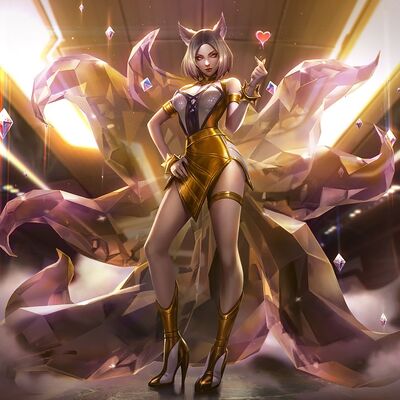 Decked out to dazzle, K/DA Ahri charms her audience in a glittering, golden ensemble specially made for her band's Pop Shine Awards performance. Her Prestige Edition outfit celebrates the golden success of POP/STARS. Can you feel the rush now? 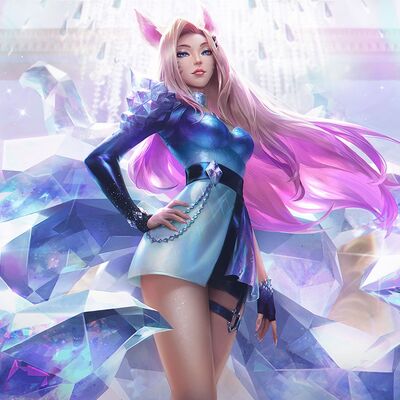 When Ahri steps onto the stage to perform with K/DA, she knows she's surrounded by the best of the best—different girls with different personalities, all at the top of their craft. As their leader and as their friend, Ahri is poised to guide these divas to even greater heights and leave their audiences breathless for more. 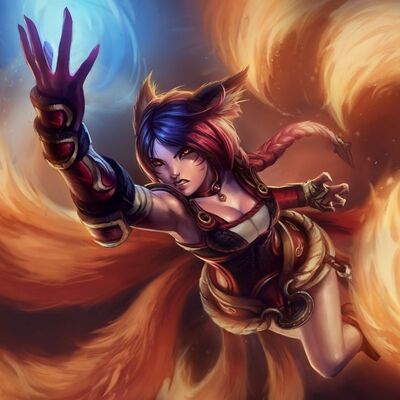 A young, talented pyromancer from the Shadowfire Temple, Ahri gave up her quiet life when a faction of extremists unleashed the burning horrors of the Ashen Lord. Now she uses her fire magic to fight against them, even though all hope seems lost. 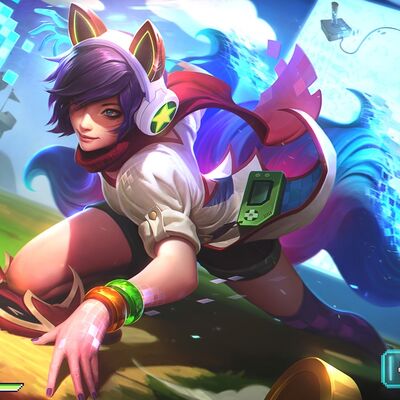 Owner of the mysterious six-million-point high score in the infamously difficult beat-em-up Demacia Vice, Ahri is a force of nature on the retro battlefields of Arcade World. Dashing between bosses before ripping them apart with her 8-bit magic, she's already earned the nickname “Queen of the Arcade.” 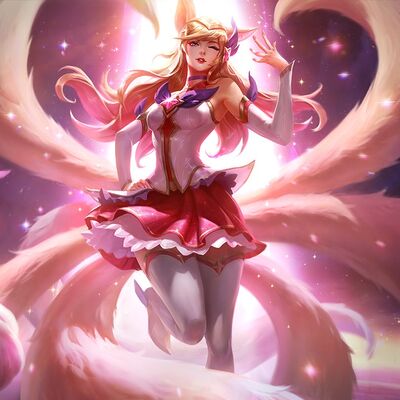 Ahri is a charismatic captain who leads a team of both new and veteran Star Guardians, from the outer edges of the cosmos. Having experienced the pain of losing teammates in the line of duty, she is viciously protective of her “family,” and a strong desire burns within her to ensure no one she cares for ever fades away again. These events have also shaped how she approaches other teams and their captains, especially the less experienced ones like Lux. There’s no more room for patience and understanding in her universe—tough love is all that’s left. Though that be the case, none are immune to Ahri’s own unique charms.

Intelligence: High (Was able to assimilate into human society in a very short amount of time, tricked dozens of men before she joined the League)