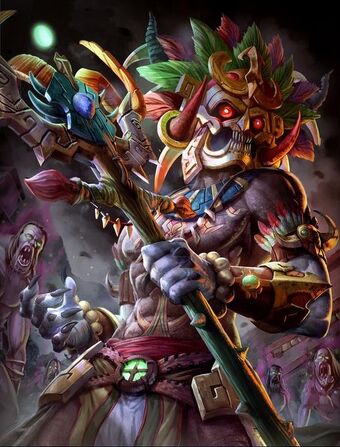 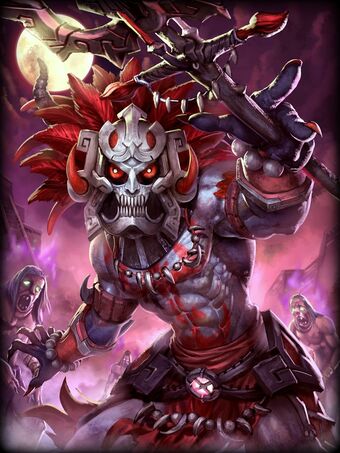 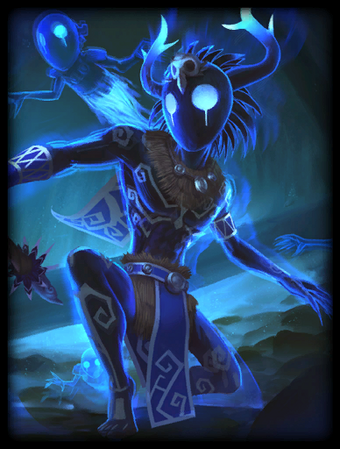 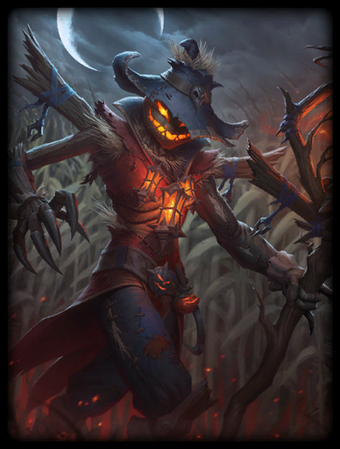 Buried beneath the crust of the world descends the cruel hells of torment. The topmost of which are realms of torture and vile inhumanities, home to denizens of darkness and malice. Yet, further into the black below, at the inkiest recesses can be found the horrific ninth hell. Here dwells a deity of true evil, gloating over each corpse he’s claimed with macabre glee, and relishing the moment more of these lesser souls are his. He is Ah Puch, the mightiest lord of the ninth hell.

When night falls, Ah Puch roams the land, crowned by a wreath of human eyes, gruesome skull face bared for all to witness, accompanied by the shriek of ghostly owls. All that live are his for the taking. If Ah Puch finds a human in the night, he kills and drags the unfortunate into endless oblivion. Only those already wracked by his servants, those caught in gut-wrenching wailing, moans of agony, and fits of mania are safe from his touch.

Hide now, all men and Gods, for the age of eternal night has come. Ah Puch will reap anything that lives. There is great vacancy left in the nine hells, and the Horrific God of Decay wishes only to fill it.

Powers and Abilities: Superhuman Physical Characteristics, Immortality (Type 1, 2 and 4), Dark Energy Projection, Necromancy, Summoning (Can summon corpses and wraiths), Soul Manipulation (Can rip the souls of men and gods), Non-Physical Interaction (Can interact with souls and spirits), Absorption and Healing (Via Hollow Ground), Poison Manipulation (Via Fleeting Breath, can summon a decaying corpse that will produce miasma to damage his enemies over time), Explosion Manipulation (Can make the corpses he summons explode against his enemies via Undead Surge and via Corpse Explosion), Telepathy (Gods can hear and sense the prayers of mortals in their mind), Teleportation, Dimensional Travel

Attack Potency: At least Large Star level, possibly Universe level+ (Is feared and hated by other deities, including other evil gods like Izanami. Comparable to other regular gods)

Speed: Massively FTL+ (Shouldn't be much weaker than other regular gods)

Durability: At least Large Star level, possibly Universe level+ (Can endure strikes from the likes of other regular gods)

Retrieved from "https://vsbattles.fandom.com/wiki/Ah_Puch_(SMITE)?oldid=6999499"
Community content is available under CC-BY-SA unless otherwise noted.