VS Battles Wiki
Register
Don't have an account?
Sign In
Advertisement
in: Characters, Evil Characters, Fusions,
and 15 more 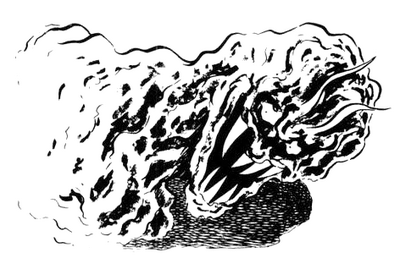 Agwel is a demon from the original Devilman manga. He, along with Ghelmer, were sent to run amok in the Makimura Residence after being summoned by Sirene.

Powers and Abilities: Superhuman Physical Characteristics, Density Manipulation (Being possessed by a demon makes the person's weight to increase, as even when they were skinned, they were twice the weight as they were before), Fusionism, Possession and Power Absorption (Demons can merge or possess with other lifeforms or objects to gain its characteristics), Body Control and Shapeshifting (Demons can manipulate their body on cellular level and shapeshift because of it), Mind Manipulation and Empathic Manipulation (Demons can affect minds and emotions, capable of turning others to more violent, unremorseful fiends, or they can control it altogether), Teleportation (Capable of teleporting to the hosts she can possess), Telepathy (Can talk with her hosts telepathically), Death Manipulation (Can induce death by merging those with reason, though this requires a demon to die) and Intangibility (Can render himself and the surroundings tangible and intangible at will)

Attack Potency: Small Building level (Was summoned alongside Ghelmer to defeat Devilman due to their incredible power, consequently they should be vastly superior to fodder demons, who can effortlessly destroying tanks and houses, and were merely released on Earth as the first wave of an attack)

Range: Tens of meters. His abilities works on several corridors at once.

Intelligence: Average. Capable of human speech but only knows fighting.