VS Battles Wiki
Register
Don't have an account?
Sign In
in: Digimon, Male Characters, Namco-Bandai,
and 42 more 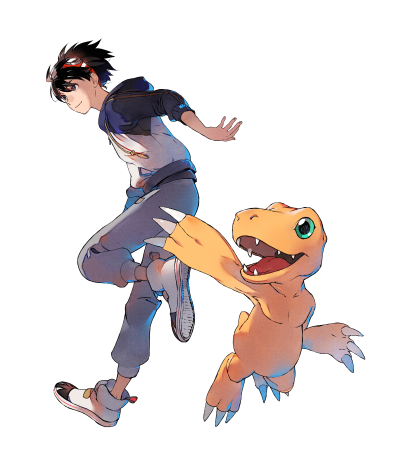 Takuma Momotsuka is one of the main protagonists of Digimon Survive along with his partner Agumon. Like his friends Minoru and Aoi, he was transferred to the Digital World after he and a group of people were attacked by a group of Digimon. Takuma serves as the player character.