VS Battles Wiki
Register
Don't have an account?
Sign In
Advertisement
in: Tier 5, Tier 5-A, Tier 2,
and 22 more 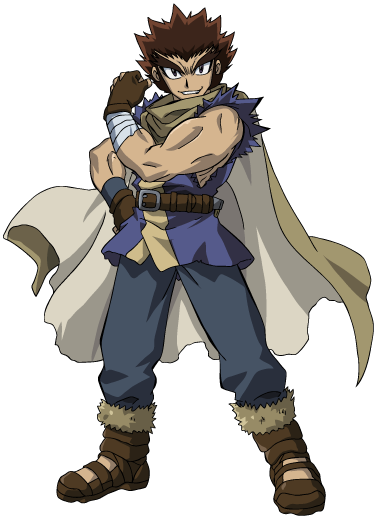 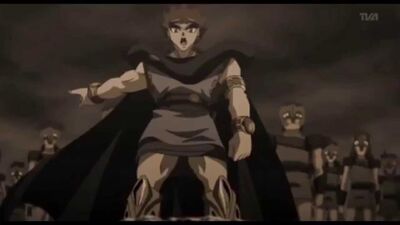 Aguma (アグマ Aguma) is one of the main protagonists from the Beyblade Metal Series and is a very close rival to Kyoya Tategami. He is also a descendant of the rivaling school to China's Beylin Temple, Beylin Fist, and is one of the Solar System Legendary Bladers, descended from ancient blader warriors who fought the God of Destruction Nemesis thousands of years prior to the series, representing the planet Saturn. Living in a period of exile and shame, Aguma aimed to take revenge on Beylin Temple for having their separate customs toward Beyblade along with the Beylin Fist bladers he leads. He previously joined the side of evil believing Nemesis's revival would lead to the Beylin Fist becoming the main school of Beyblade in the new era, but Gingka, Dynamis and the others opened his eyes and Aguma accepted his fate as a Legendary Blader for the sake of himself, the Beylin Fist, and the world. His partner beyblade is Scythe Kronos, passed onto him by his ancestors.

Powers and Abilities: Superhuman Physical Characteristics, Statistics Amplification (Kronos can grow much stronger in all stats through Centrifugal Force), Energy Manipulation, Sealing (Can borrow Gaia's power to temporarily seal Nemesis and King Hades soul away for thousands of years when with the other 4 Solar System blader warriors), Can use Gaia's power to wield the power of the earth, Limited Transformation via Mode changing, Weapon Mastery (Kronos's spirit form uses a Scythe to attack with) | All previous abilities at far higher levels, plus Aura, Reactive Evolution, Flight, Air Manipulation, Martial Arts (Aguma derives from Beylin Temple, which utilizes and combines Chinese martial arts and various Beylin Temple techniques with beyblading), Forcefield Creation (Kronos's tornado's and wind based moves can act as shields for itself to defend against attacks; Kronos's Solid Iron Wall attack surrounds itself with energy to use as a defense), Kronos can skillfully dodge and repel opponent attacks with its free-spinning fusion wheel, Explosion Manipulation (Kronos can surround itself in Aura and make explosions when directly attacking the opponent), Soul Manipulation (Can transform into its spirit beast form), Durability Negation (Kronos is able to destroy the spirit forms of other beys, like Pegasus can) and Resistance to it (Can survive against Nemesis's attacks, which can destroy and burn away a beys spirit form to nothing), Regeneration (Low-Godly, possibly Mid-Godly; Kronos's spirit can come back even after it's destroyed by an opponent)

Attack Potency: At least Large Planet level (Cronos assisted in battling against Nemesis, who at this time was able to easily have enough power to destroy the entire world; Cronos possesses the power of planet saturn, the star fragment Nemesis was originally created from, and borrowed Gaia's power to assist in sealing away Nemesis; Equal to the other blader warriors) | At least Universe level+ (Became much stronger when receiving the power of the Star Fragment; Can fight against and overpower other Legendary Bladers beys, such as Cosmic Pegasus and Fang Leone)

Speed: At least Massively Hypersonic+ (Is able to fight and last against Nemesis, who caused destruction around the entire planet in a short timespan) | Massively FTL+ (Can keep up with and outpace Legendary Blader beys, such as Cosmic Pegasus and Fang Leone)

Lifting Strength: At least Class Y (Is at least comparable to Jade Jupiter, who can can easily manipulate planets) | Universal

Durability: At least Planet level (Can fight and last against Nemesis, as well as the other Solar System beys it's equal to) | At least Universe level+ (Can fight against other Legendary Blader beys and Nemesis)

Range: At least thousands of kilometers to Planetary (Assisted in fighting Nemesis, who was causing destruction around the entire planet at once with ease) | Universal+

Intelligence: Aguma is an incredibly experienced blader for being descended from his blader warrior ancestor, who was known the greatest battle commander with rock solid battle strategies among King Zeus's fighting forces, and demonstrated such skill in the battle against Nemesis. Along with easily battling and defeating multiple other world-class bladers, and battling other Legendary Bladers, Aguma is most notably depicted as someone who is a master at combining martial arts with bey battling and is a master at using techniques from Beylin Temple, a 4,000 year old bey school where the best bladers in China come to hone their skills and can take it even further by developing more techniques for offensive purposes among the Beylin Fist. Kronos, while technically not living, is also sentient itself and can understand human speech when fighting alongside Aguma.

Weaknesses: Can be very arrogant, and tends to overestimate his own abilities at times | While not a 4 Season bey, Kronos's sealing is still useless in combat without all 5 Solar System Legendary Blader Beys

Note: Due to coming long before the start of the Metal Series, and the bladers who would perform Tier 4 and higher feats and scale from them, Aguma's Ancestral Blader Warrior cannot scale to anything from Metal Fusion onward and must be rated by his own feats to prevent issues in scaling and potential outliers.

Aguma with his awakened power

Aguma's ancestor and the other Solar System Blader Warriors