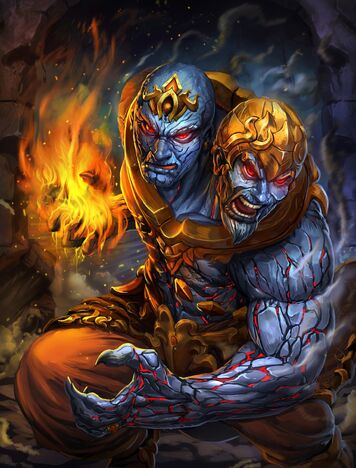 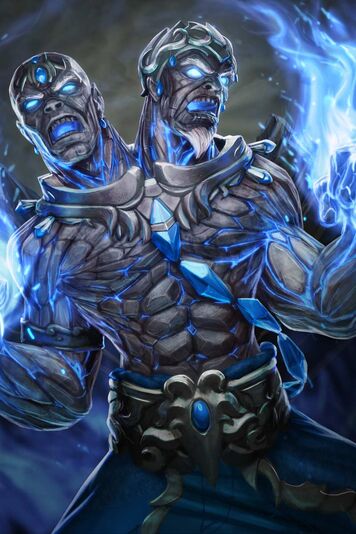 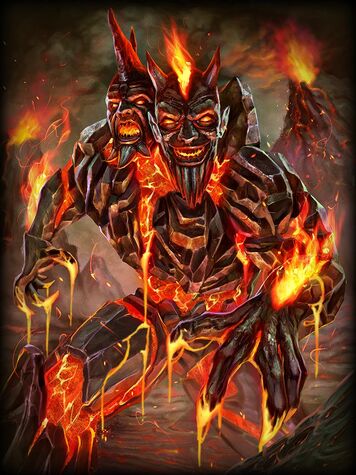 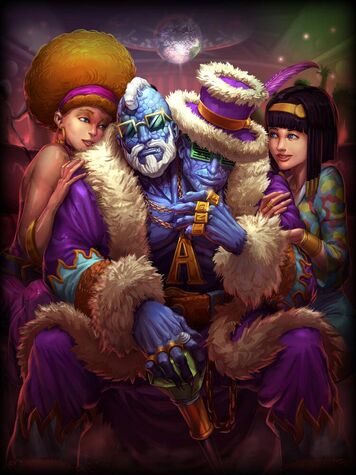 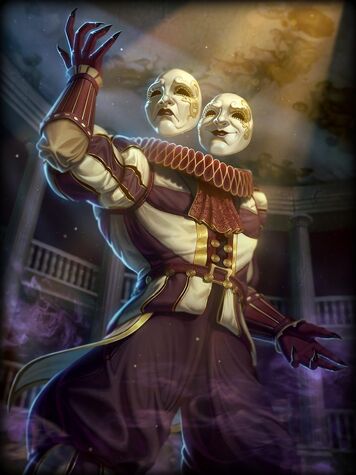 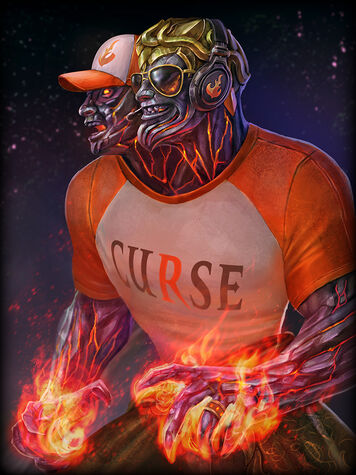 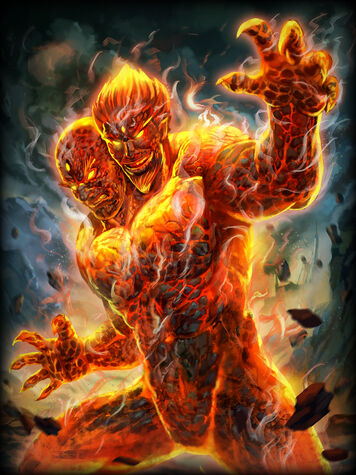 There are few elements as destructive or as purifying as fire. Agni, God of Fire, is the embodiment of both of these qualities, with a head for each.

Though the source of his origin warrants debate - for there are many tales of his parentage ranging from two simple sticks rubbed together, to the cosmic energy that made all things at the beginning of time - Agni is a pivotal and important God with many duties to the Pantheon. He is the twin brother to Indra, God of the Heavens and Rains and chief among warriors. Conversely, Agni is chief among priests, acting as messenger between mortals and Gods. Every Hindu ritual and prayer is performed in front of a fire of some kind, so Agni carries the words and sacrifices, traveling between the Earth and the Heavens. He is welcome in every home and every hearth and much beloved by the Faithful.

Through his flames, Agni provides heat and light, but also cleanses impurities. Smoke from his pyres create the air and hold the Heavens aloft. The sun, a source of fire itself, brings life-giving energy to the world, and his lightning streaks the sky during storms.

For all his kindness and service, Agni has two faces. One is the face of kindness and purity, turned towards the people and Gods. His other face, grim and resolute, guides the God of Fire, to play his role in the cosmic cycle of creation and destruction, to burn and blacken all the atrocities of the world to ash.

Age: Unknown. Possibly as old as the Universe

Attack Potency: At least Universe level (Above Vamana. Possibly directly made from the Cosmic Energy that created all things in the beginning of time)

Speed: Massively FTL+ (Powerscaling from the likes of Vamana and Ratatoskr). Omnipresent within Fire.

Lifting Strength: At least Class E (The smoke from his pyres holds the heavens aloft, which in this case is referring to the Earth's skies)

Intelligence: Likely high due to his nature as a Hindu God.