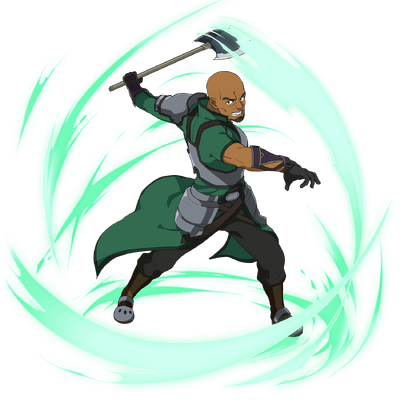 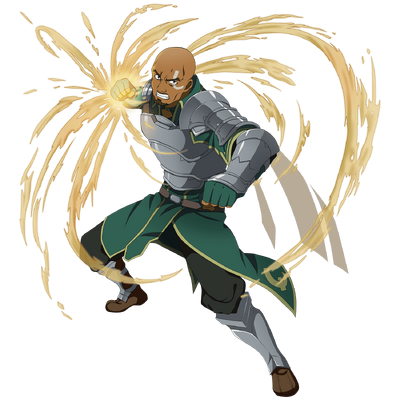 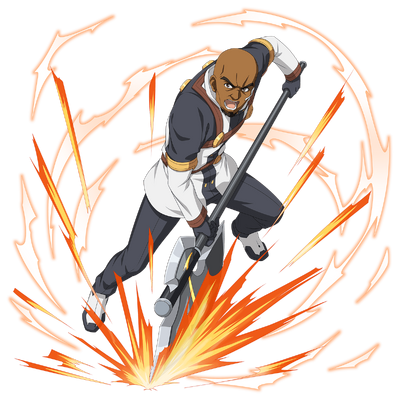 Attack Potency: Athlete level in AR/real life (Should be comparable to, if not stronger than Kirito and Leafa physically). City Block level in VR (Can harm An Incarnation of the Radius) | Large Building level (Comparable to Klein and other clearers who participated in the floor 75 boss raid) | At least Small Building level (Though ALO bosses are stronger than SAO ones, the gap is not significant enough to be meaningful. Currently, the ALO clearing group is around the 30s in terms of floor number) | Wall level (Should at least be on-par with Kirito and Eugeo during the Human Realm Arc, as his Avatar is leveled considerably)

Intelligence: Agil was known in SAO to be an excellent barter and merchant, which comes from his experience being a cafe owner in the real world. His skill with two-handed weapons has also allowed him to be comparable to the likes of other clearers in the higher floors of SAO.

Weaknesses: Sword Skills have a slight post-motion stun at the end of them in exchange for increased power.

Outside System Skills (OuSS): As its name suggests, are skills that are the users own, unlike Sword Skills and magic that are provided for by the game engine.

Sword Skills (SS): A series of movements that allows the user to attack much faster than they normally could, but the movements required to perform the Sword Skill are fixed and cannot be canceled by the user after they begin performing it. Contrary to their name, Sword Skills do not have to be used with a sword. Cannot be used in Alfheim Online pre-New Aincrad (Can only use imitations).

Magic: Allows the user to use race-unique and Alfheim standard magic. Agil, as a Gnome is naturally inclined towards earth-based magic. Alfheim Online (ALO) Agil only.