VS Battles Wiki
Register
Don't have an account?
Sign In
in: Characters, Marvel Comics, Web Users,
and 27 more 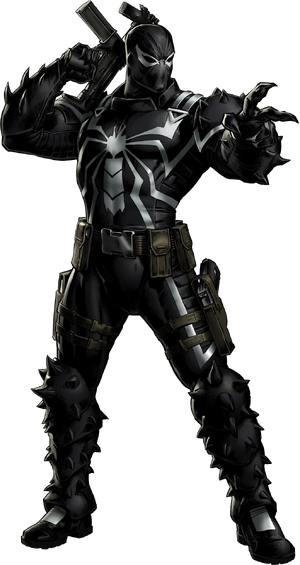 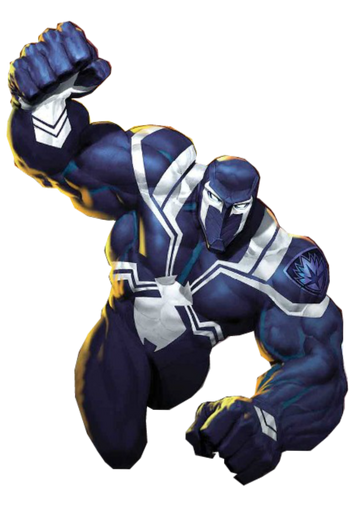 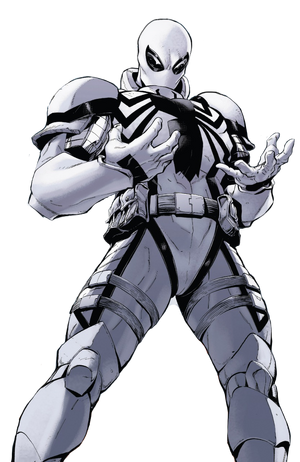 Eugene “Flash” Thompson is Peter Parker’s former classmate, childhood bully, and Spider-Man’s biggest fan. Joining the military after graduating from high school, he lost his legs while saving a fellow soldier in Iraq. He is subsequently enlisted into Project Rebirth 2.0, where he bonds with the Venom symbiote that had formerly been bonded to Eddie Brock and Mac Gargan (better known as the Scorpion). Forming a close relationship with the symbiote, he utilizes its powers for good and has been part of the Secret Avengers, the Thunderbolts, and the Guardians of the Galaxy on separate occasions.

Classification: Human bonded with a Symbiote

Attack Potency: Large Building level (Stalemated both Spider-Man and Toxin on separate occasions, and is strong enough to send Anti-Venom flying with a punch)

Intelligence: Due to formal training as a boxer and a soldier, Flash is an exceptional combatant and easily combines his abilities with the use of symbiote powers.

Weaknesses: The Venom symbiote, like all others of its kind, is extremely vulnerable to heat and sonic based attacks. They can cause the symbiote physical pain and discomfort, where as "more powerful" attacks might be completely ineffective.