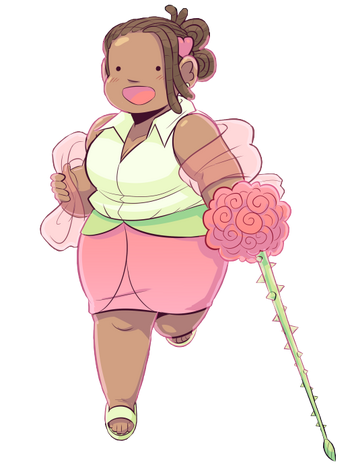 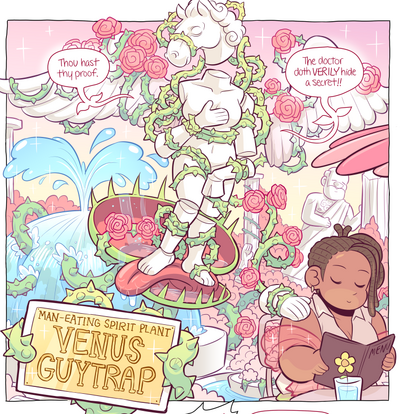 Powers and Abilities: Superhuman Physical Characteristics, Aura, Ectoplasm Manipulation, Can interact with and see normally non-corporeal/invisible ghosts/spirits, Empathic Manipulation (Able to make even powerful spirits immediately fall in love with the first person they see), Can enter a state of heightened perception and speed which allows her to create afterimages

Attack Potency: Small Building level (Should be comparable to Richard Spender as another agent of the Consortium. Other members of the Consortium could near-instantly kill a large, train-sized spirit)

Speed: Subsonic (Comparable to Mr. Garcia, who reacted to Isaac's electrical attacks), Massively Hypersonic while in spirit trance (Is a state of heightened perception, where the world appears to be motionless around her. Spender could react to Isaac's Lightning within it)

Stamina: Average (Most of her abilities don't require her to be in combat for extended periods of time like Spender)

Range: Extended melee range with most spectral energy attacks. Over a dozen meters with spec shots and spectral abilities.

Standard Equipment: Her cane, which contains the spirit, Venus Guytrap, and gives her access to his empathic powers

Intelligence: Above Average (Knows how to use her abilities effectively even while blind, and as an agent of the Consortium she should be well versed in the workings of the world of spirits and ghosts. Was sent by the Boss Leader to investigate Mayview)

Weaknesses: Blind, although still able to accurately fire arrows and have knowledge of her surroundings