VS Battles Wiki
Register
Don't have an account?
Sign In
Advertisement
in: Unknown Tier, Characters, ParaNorman,
and 29 more 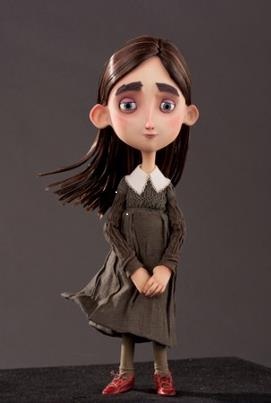 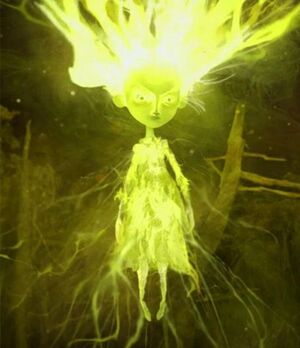 Agatha "Aggie" Prenderghast is the primary antagonist of the 2012 stop-motion animated film ParaNorman. She is the spirit of a little girl who was executed in the town of Blithe Hollow, Massachusetts in 1712 by 7 of the townspeople. After cursing them to rise from their graves as the living dead, she also returns to the world of the living every year on the date of her death to seek vengeance on them & the current townspeople.

Powers and Abilities: Immortality (Type 7; As a spirit Agatha doesn't age), Reality Warping (Was able to warp a forest into a seemingly different dimension), Weather Manipulation (Created a storm cloud over the town of Blithe Hollow), Electricity Manipulation (Her avatars are made of pure lightning & can use lightning bolts to attack from her storm), Curse Manipulation (Cursed her murderers to suffer in death as zombies), Flight (Her avatars float in the air, can appear as a sentient storm cloud), Intangibility (Has no real physical form, can phase through solid matter, can appear as a sentient storm cloud), Resurrection (Can resurrect the dead back to life as zombies), Invisibility (As a disembodied spirit, Agatha is naturally invisible), Duplication (Can create duplicates of herself), Incorporeality (Is a spirit with no physical form), Air Manipulation (Can create large gusts of wind strong enough to send cars flying), Avatar Creation (Agatha is a spirit and to appear to people who cannot see ghost/spirits, she creates an avatar in the image of a lightning version of herself when she was alive, she is also able to appear as a storm cloud), Pocket Reality Manipulation (After sending Norman into her dimension she was shown altering the confides of the realm, including the space & architecture), BFR (Can send people into her pocket reality), Necromancy (Agatha is able to both see and speak directly to the dead), Illusion Creation (Can cause people to hallucinate visions, she's able to warp the world around them and make them experience important moments before her death while they are paralyzed in actuality), Plant Manipulation (Is able to manipulate trees, can force fine pointed tree roots to force out from underground to injure people), Energy Projection (Can create strong pulse waves of energy), Smoke Manipulation (Can create multiple hands of smoke to grab or attack)

Lifting Strength: Unknown, Likely Class 1 with powers (Was able to through a car down the street with her wind, ripped & threw a metallic statue with her smoke hands)

Durability: Unknown (Is naturally intangible and impossible to touch in natural ways)

Weaknesses: Is very unstable, often lashing out in fits of rage when provoked