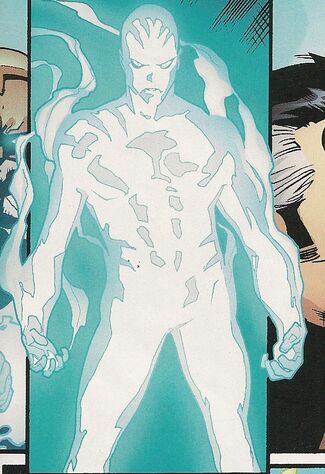 Agamotto is the son of the elder goddess Oshtur, and served as Earth's first Sorcerer Supreme, defending it and its reality against such threats as Dormammu and the Fallen alongside other powerful beings assembled as the Stone Age Avengers.

Agamotto created a number of magical artifacts. The Eye and the Orb of Agamotto were used by Doctor Strange. Agamotto is also credited, at least partially, with the creation of the Book of the Vishanti.

Age: At least millions of years

Attack Potency: Multiverse level+ (Fought evenly with Galactus in his own realm), possibly Low Complex Multiverse level (More powerful than Classic Doctor Strange, as he is one of his power sources)

Speed: Massively FTL+ via powerscaling from Doctor Strange and Galactus

Retrieved from "https://vsbattles.fandom.com/wiki/Agamotto?oldid=7020719"
Community content is available under CC-BY-SA unless otherwise noted.