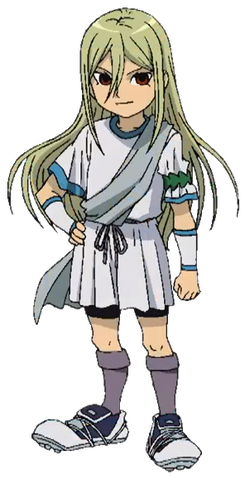 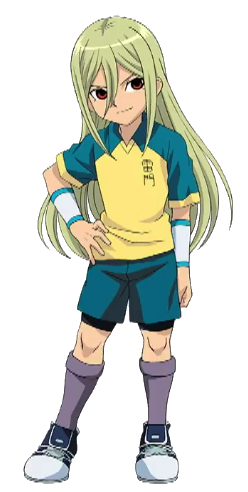 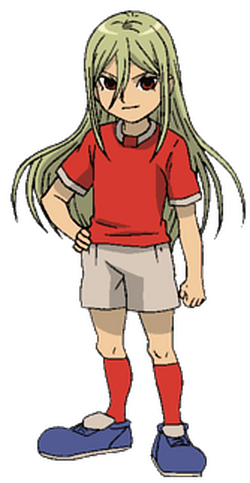 Afuro Terumi (Byron Love in English) was the captain and forward of Zeus Jr. High in the first game of Inazuma Eleven. His team completely demolished the competition in the Nationals soccer tournament using "Aqua of the Gods", a drink filled with drugs and hormones to boost their power and speed to such absurd levels they thought of themselves as gods. It wasn't until Mamoru Endou perfected Majin the Hand that Raimon was able to beat the team and win the title of strongest in the country.

Afuro later joins the Raimon team temporarily to fight the alien threat, gaining power without the use of Gods Aqua, as well as later joining Fire Dragon, the team that Endou and his team had to beat to be the Asian representatives in the International Soccer Frontier World tournament.

Classification: Midfielder, No.10 & Captain of Zeus Jr, No.9 of Fire Dragon.

Attack Potency: At least Town level+ (Completely outclassed Royal Academy and Raimon (initially) with Gods Aqua) | Large Town level (Much superior to his Zeus form, was shown to be capable of playing on par with the likes of Nagumo and Suzuno) | At least Large Town level (Much stronger than before, was giving Inazuma Japan trouble and broke through Tachimukai's Mugen the Hand G5)

Speed: At least Supersonic+ (Blitzed Endou, who can throw 100 punches a second with his Bakuretsu Punch. Blitzed Royal Academy, who could move faster than the eye could see) | At least Hypersonic+ (Comparable to the higher ranked Aliea members) | At least Massively Hypersonic (Much faster than before, and able to keep up with the likes of Inazuma Japan, of which Kazemaru could dodge lightning from The Tower.)

Durability: At least Town level+ (Casually blocked Dragon Tornado and Twin Boost at the same time) | Large Town level (In the games, he was able to survive Genesis' Supernova shoot, of which overpowered his own God Knows, though had to rest up for a short while. Survived multiple Ignite/Frozen Steals from Chaos) | At least Large Town level

Intelligence: Unknown (Skilled sports player and team leader, however, has not shown anything impressively tactical)

Weaknesses: Can be arrogant, Thinks of himself as a god

Retrieved from "https://vsbattles.fandom.com/wiki/Afuro_Terumi?oldid=6602203"
Community content is available under CC-BY-SA unless otherwise noted.