VS Battles Wiki
Register
Don't have an account?
Sign In
Advertisement
in: Characters, Races, Game Characters,
and 18 more 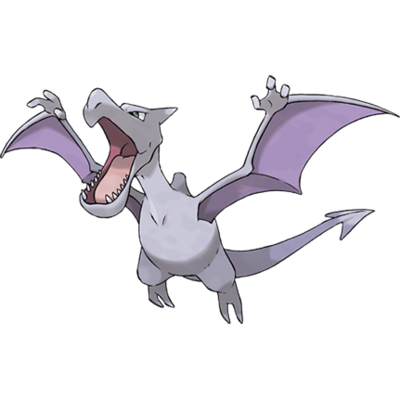 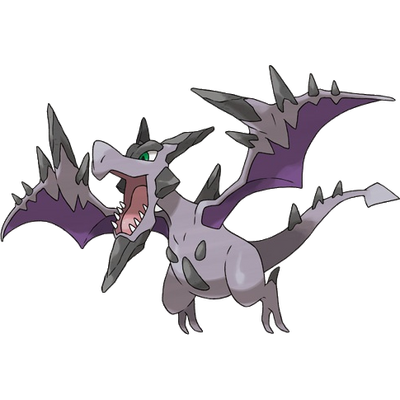 Aerodactyl (Japanese: プテラ, Ptera) is a dual-type Rock/Flying Fossil Pokémon. It is resurrected from an Old Amber, and while is not known to evolve into or from any other Pokémon, it can Mega Evolve into Mega Aerodactyl using the Aerodactylite.

When Aerodactyl Mega Evolves, its body begins to turn to stone, which some researchers claim is its original appearance before fossilization.

Speed: FTL (Can keep up with the relativistic Poliwrath) | FTL (Much faster than before)

Intelligence: Aerodactyl are identified as apex predators of their aerial territories millions of years ago, indicating the highly predatory nature of the species; in general, carnivorous organisms manage to develop and utilize a superior degree of brainpower and stratagem than the purely herbivorous organisms that they regularly hunt. Otherwise however, Aerodactyl do not appear to be particularly mentally remarkable amongst Pokémon, though they are certainly intelligent enough to easily understand basic human commands

Weaknesses: Weak against Rock, Steel, Water, Electric and Ice type attacks | Aerodactyl can only access their Mega Evolutionary stage through physical possession of a specific Mega Stone type that is uniquely attuned to that species and resonating the Stone with an accompanying Mega Ring (or similar device containing a Key Stone), which can only be constructed by artificial means: this excludes most wild specimens from harnessing the innate evolutionary potential, leaving only individuals in captivity as probable candidates for Mega Evolution. Mega Evolution is not a permanent transformation; specimens immediately revert back to their "base" forms once combat has been successfully concluded

-Tough Claws: Mega Aerodactyl's special ability. As a result of the Mega Evolution, these Aerodactyl have developed sharper, more durable and refined claws on their hands and feet, resulting in more powerful strikes.

Note 1: Only techniques that Aerodactyl can naturally learn will be listed in this profile. No TMs, HMs, Egg Moves or Tutor Moves.