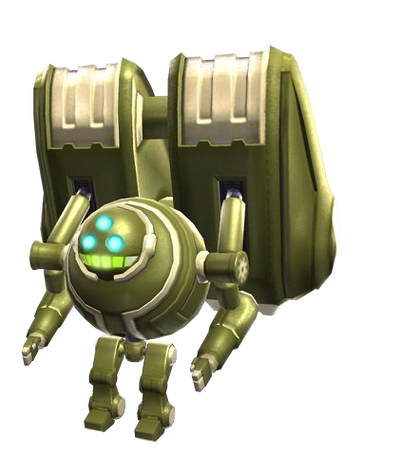 The Aero-Chaser, also known as the Egg Chaser, is a recurring enemy in the Sonic the Hedgehog series. It is a mass-produced Badnik model created by Dr. Eggman.

Attack Potency: Wall level (Comparable to other Badnik models such as Grounders and Egg Fighters)

Range: Hundreds of meters with projectiles

Intelligence: Merciless and mindless drones, Aero-Chasers are built for the sole purpose of combat.

Current models
Add a photo to this gallery

Retrieved from "https://vsbattles.fandom.com/wiki/Aero-Chaser?oldid=5901337"
Community content is available under CC-BY-SA unless otherwise noted.