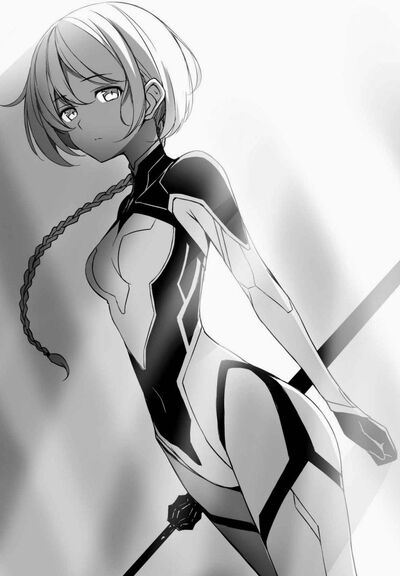 Aeril Vi Arcadia is one of the protagonists during the latter parts of Saijaku Muhai no Bahamut. She is the Second Imperial Princess of the Holy Arcadia Empire who acted as a boy spy named Coral Esther between the lines of the World Alliance. However, seeing Lux Arcadia's path and ideals, she decided to betray her sisters and join the Royal Knight Academy to fight against the Lords, mainly Fugil Arcadia.

Stamina: High. As a member of the Imperial Family of the Lords, Aeril has a high-compatibility with Drag-Rides and can thus operate them for extended periods of time, even if it is a Divine Drag-Ride. In addition to this, Aeril has received a 10% Baptism, which can inflict agony beyond imagination, being described by people who survive them as having their blood boiling in addition to feel pain across their entire body, and stated by Singlen to tamper a lot the nerves in the whole body, and recover from it.

Weaknesses: Brain Hack can only affect one memory/perception at once