VS Battles Wiki
Register
Don't have an account?
Sign In
Advertisement
in: Characters, Mega Man, Antagonists,
and 15 more 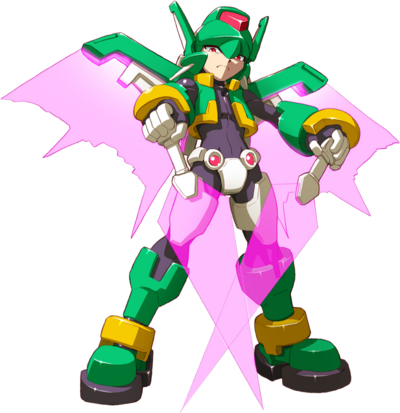 Aeolus is the Biomatch for Model H, making him the Mega Man of Wind who wields the powers of Sage Harpuia. An arrogant perfectionist who places himself above others for their "ignorant" natures, he seeks to win the Game of Destiny in order to rid the world of his self-perceived "ignorance", thus ending all conflict.

Classification: Unknown, either a Human or a Reploid

Lifting Strength: Class Z (On par with the other Mega Men)

Durability: Solar System level (Survived his fight with Grey/Ashe as well as the collapse of Ouroboros)

Stamina: Very high. He can fight other Mega Men to a standstill and survived his fight with Grey/Ashe as well as the collapse of Ouroboros none the worse for wear.

Range: Extended melee range. Hundreds of Kilometers with projectiles if powerscaled from X.

Intelligence: As a perfectionist to the core, Aeolus has a keen analytical mind that is supplemented by the analytical systems of Model H. Is an adept swordsman and is extremely ruthless. Something of a misanthrope, he considers all other humans (and Reploids) beneath him and seeks to wipe them out to eliminate conflict. However, this perfectionism has led him to be extremely arrogant, often underestimating his foes in the process.