VS Battles Wiki
Register
Don't have an account?
Sign In
Advertisement
in: Tier 1, Tier Low 1-C, Tier 1-A,
and 54 more 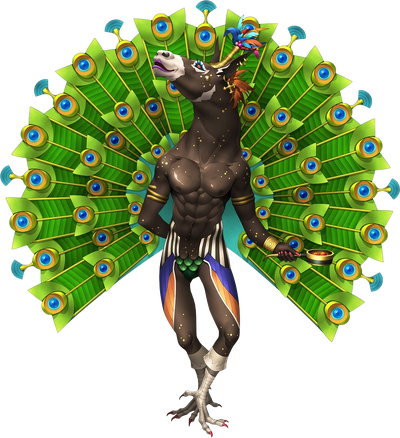 A god with a lion body and eagle wings, known as "King of Fire." He was workshipped in Assyria and neighboring regions, and in the city of Sepharvaim an altar was erected to him where children were sometimes sacrificed. According to one theory, he is the Lord Chancellor of hell as well as president of the Senate of demons. When summoned by a human, he will appear either with the form of a human, a peacock, or a mule. In modern times, he's considered a demon.
–Persona World

Gender: Male. Though he can assume Female forms as well.

All previous powers and abilities on unfathomably greater scales, as well as Cognitive Physiology (Archetype)

Attack Potency: Low Complex Multiverse level (Sent by Lucifer to assist Nanashi's party against Shesha's first form, and was capable of inflicting marginal damage upon the latter alongside a Power. Fought against Nanashi's party after the defeat of the Four Heavenly Kings and Maitreya, keeping up with them for a decent amount of time and managing to wound Nanashi with his flames before being overwhelmed) | Outerverse level (Exists as an archetype, a shapeless, fundamental unit of the collective unconscious inhabiting the realm of Atziluth, beyond the concept of dimensions entirely, and yet to be shaped into a lower state by the thoughts and emotions of humanity)

Intelligence: Unknown, likely Extraordinary Genius. The knowledge possessed by human governments is said to pale in comparision to the knowledge of gods and demons, which Adramelech likely has access to as one of Hell's chancellors and president of the demonic senate, who stands as one of Lucifer's most high-ranking generals.