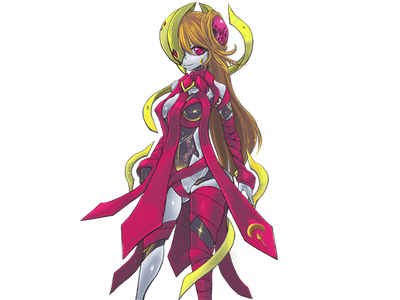 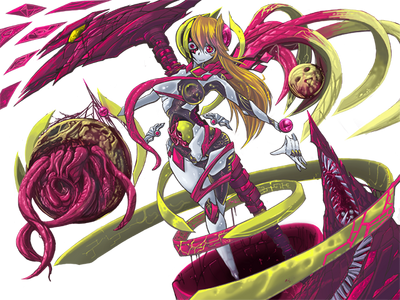 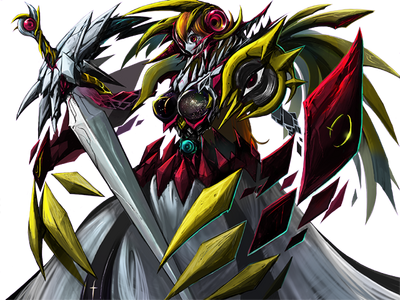 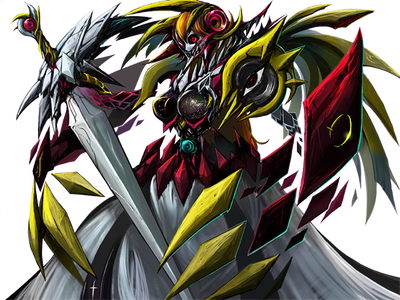 Adramelech is an XX-class Apoptosis, one of the highest class of Apoptosis. She was first seen attacking the Administrator's Tower Timeline, having been engaged in combat with its inhabitants for presumably the 30 years it has been under attack. By the time the party arrived in the timeline, most of it was already destroyed and no living being was left. Moreover, their appearance in this timeline drastically accelerated the timeline's destruction and caused Adramelech's appearance yet again. After having been weakened to 10% of her original power in her last fight against La Croix, she was defeated by the party and finished off by Marcellus, before disappearing into Chaos.

At the end of Part 2, she was summoned again by Sonya Chaos in order to help her fight the forces of the Monster and Angel Timeline, this time with a new, stronger appearance. Despite being defeated yet again, she instantly revived once again, proving that it was impossible to defeat her for the party. She was finally killed by either Sonya Chaos in a sacrificial attack or by Nuruko suddenly turning back into her Spirit of Chaos form, depending on the ending.

Superhuman Physical Characteristics, Void Manipulation (Can weaponize chaos, which is nothingness itself and erases anything it enters in contact with. It can even erase ghosts and angels. Passively causes space-time to erode around herself. Can completely and permanently erase Apoptosis with her level of regeneration and immortality, as well as erase an entire universe passively over an hour at full power), Chaos Manipulation, Conceptual Manipulation (Type 2. Can erase abstracts like the Spirits), Information Manipulation (Can cause the local space-time to get overloaded with information, redacting speech and then erasing the surroundings), Spatial Manipulation, Time Manipulation (Can warp space-time and use it to create black holes or supernovae. Can reverse time, which affects even beings comparable to herself and can undo the destruction of a timeline), Power Nullification (Can nullify barriers, absorption and reflection effects through Dark and Eternal attacks), Resistance Negation (Can nullify resistances and immunities through Dark and Eternal attacks), Darkness Manipulation, Light Manipulation, Holy Manipulation, Transmutation (Continued exposure to Chaos or Apoptosis can cause the Apoptosis phenomenon in someone, turning them into an Apoptosis), Non-Physical Interaction (Can interact with ghosts through her magical attacks or through her Dark and Eternal attacks), Self-Sustenance (Type 1, 2, and 3), Acausality (Type 1. As an Apoptosis, she most likely had her original timeline erased), Regeneration (High-Godly. Can regenerate from Chaos, which can not only erase angels, but also erases history and all concepts it enters in contact with), Immortality (Type 1, 3, and 8. Dependent on Chaos and the Apoptosis law), Abstract Existence (Type 2. Represents the multiversal law of "Apoptosis" and is a direct manifestation of the will of space-time), Magic, Summoning and Duplication (Can copy & paste any beings from across the multiverse. Can create copies of her physical body), Absorption, Power Mimicry (Can absorb the power of beings she touches and steal part of their powers), Mind Manipulation (Can completely absorb one’s consciousness), Soul Manipulation (Can send one's soul to heaven through Holy Light and absorb one's soul), Statistics Amplification (Increases in power each times she comes back to life), Ice Manipulation, Quantum Manipulation (Can use the quantum element), Antimatter Manipulation

Stamina: Unknown (Doesn't need to sleep, albeit can still tire)

Intelligence: Unknown (She lacks sentience and acts strictly as a drone-like being automatically erasing anyone deemed as an intruder, although she is still capable of speech and has shown some degree of battle smarts. While she can gain free will and a consciousness by absorbing it from another being, her level of intelligence then is still unknown, other than it is similar to that of a human)

Standard Tactics: As an Apoptosis, she is single-mindedly made to erase everything she percieves as an enemy as quickly as possible, even disregarding her own safety. 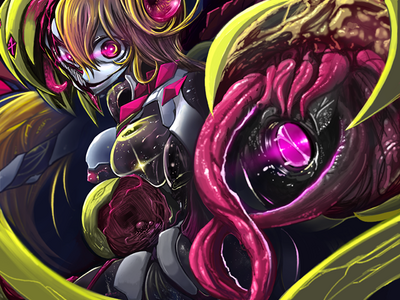 Retrieved from "https://vsbattles.fandom.com/wiki/Adramelech_(Monster_Girl_Quest!)?oldid=6823422"
Community content is available under CC-BY-SA unless otherwise noted.