VS Battles Wiki
Register
Don't have an account?
Sign In
in: Characters, Terraformars, Male Characters,
and 14 more 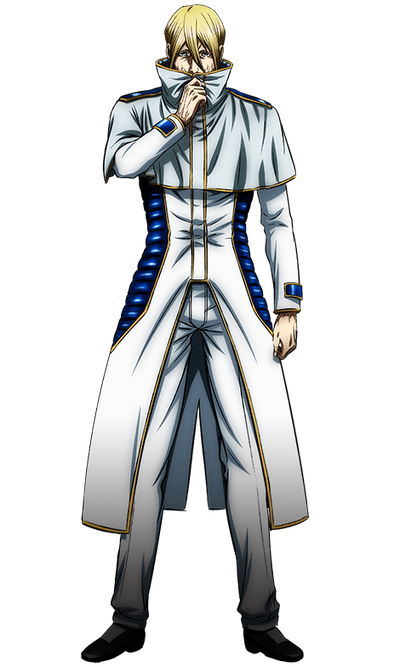 Adolf Reinhard (アドルフ・ラインハルト, Adorufu Rainharuto) is a German man and a former cavy for the U-NASA. Being with the U-NASA from a very young age, Adolf quickly became an officer and joined the Annex Project to find a cure for the deadly A.E. virus that afflicts the Earth.

Speed: Peak Human with Subsonic reactions (Able to fight untransformed against a Terraformar) | At least Subsonic+ (Superior to Akari Hizamaru)

Striking Strength: Unknown | Wall Class (Sent a Terraformar flying through the air with a single strike.)

Stamina: High; able to singlehandedly battle against dozens of Terraformars at once for an extended period of time.

Intelligence: High; able to take advantage of stormclouds during a battle to direct a natural lightning strike to the leader of a group of Terraformars.

Weaknesses: Needs the metamorphosis drug in order to transform. Adolf's transformed state has a time limit of effective use.

Electric Eel Base: Adolf's base for the M.O. operation is an electric eel, converting all of the muscles in his body into electricity-generating organs, letting him manipulate electromagnetism and sense electromagnetic waves from living creatures.

Body Modifications: As part of Germany's experiments, Adolf's body was modified to include a couple of compact devices.