VS Battles Wiki
Register
Don't have an account?
Sign In
Advertisement
in: Tier 3, Tier 3-C, Tier 1,
and 27 more 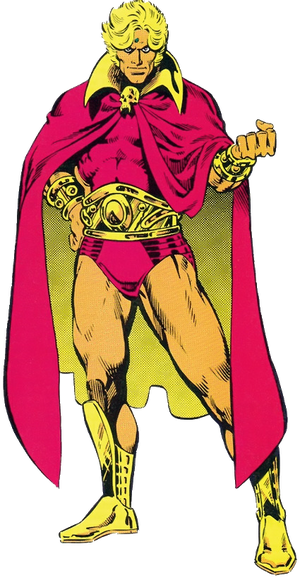 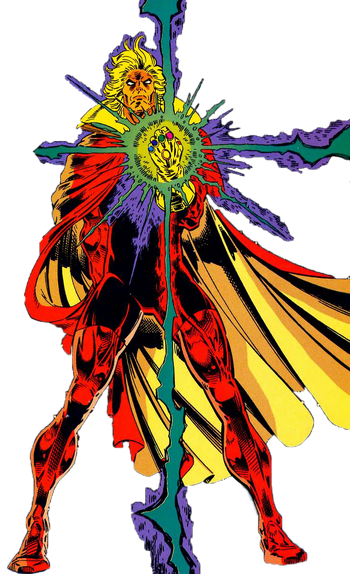 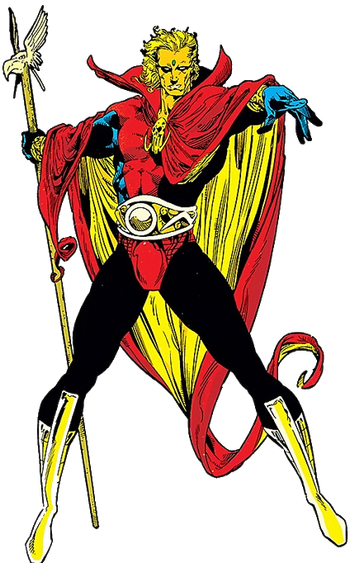 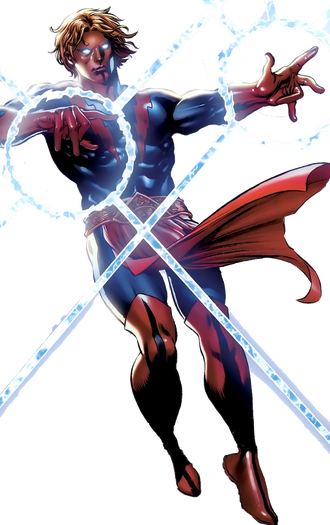 Age: About 12-14 Marvel time, since he was created fully grown by the Enclave, but presumably spent several decades within the Soul Gem.

Superhuman Physical Characteristics, Acausality (Type 1), Martial Arts, Self-Sustenance, Cosmic Awareness, Energy Manipulation, Resurrection, Stealth Mastery (Has been shown here), Petrification (At the cost of his own life, he was able to petrify an early Thanos, killing him), The Soul Gem gives him access to Soul Manipulation, Telekinesis, Telepathy, Teleportation, Memory Manipulation, Resistance to Reality Warping, Time Manipulation and Spatial Manipulation (Casually resisted Maya's "dance of unreality" due to having a "very special sense of reality". He and Death could exist, walk and talk after time and space ceased to exist, although Adam wasn't there when that happened; Thanos said that Adam has always been a part of the universe but inexplicably apart from it and Adam said that Death too exists in a plane of actuality outside their reality)

All previous abilities to an unfathomably greater extent, Precognition (Users of the gauntlet see time as a repeating loop; whereas others experience the present, the users have already lived that before several times, only allowing themselves to make unimportant mistakes. This applies to characters as fast as several abstracts and a casual The Living Tribunal. It's stated that every moment that ever was or will be cascades over the user), Teleportation (Of himself and others, to other places as well as points in time), Time Travel, Access to all the powers the Infinity Gauntlet has (Only demonstrated using the listed ones listed earlier)

Same abilities as the first key, plus Quantum Magic Manipulation

Attack Potency: Galaxy level (Defeated Olik, a troll stronger than Ulik); Can ignore durability in some ways | Likely Low Complex Multiverse level, possibly Higher (Overpowered Eternity, or rather a visualization of its totality, as well as other abstract entities at once; Should be above Nebula with the Infinity Gauntlet, who despite not having the necessary vision to properly use Infinity Gems was still able to overpower and defeat several abstract entities at once) | Galaxy level physically (His alternate personality, the Magus, is far superior to Nova. Knocked out the Silver Surfer). Low Multiverse level via hax that is inapplicable for practical combat purposes (Through excruciating effort, he managed to merge two timelines together)

Intelligence: Extraordinary Genius. When merging the timelines, he demonstrated the ability to simultaneously process an enormous amount of spells at a rate far beyond regular human capacity | Nigh-Omniscient. The Infinity Stones were stated to grant the user Omniscience. | Extraordinary Genius

Weaknesses: If he is too greatly injured, he has to heal himself in a cocoon-like state. | He's not mentally competent to properly maintain his power and position, although has been competent enough to have done so for a while | Same as the first key