VS Battles Wiki
Register
Don't have an account?
Sign In
Advertisement
in: Tier 8, Tier 8-A, Characters,
and 33 more 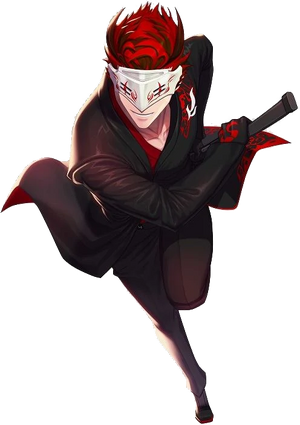 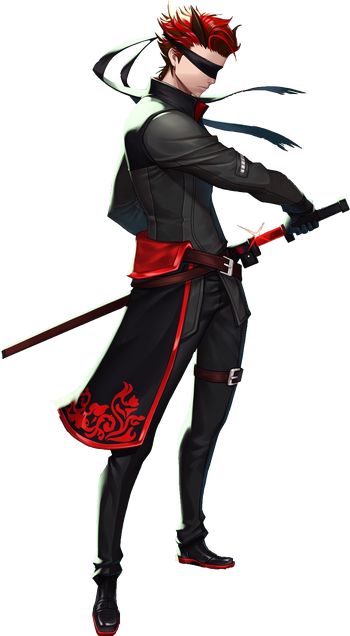 Tier: 8-A, higher with Moonslice

Age: Estimated to be around 23

Powers and Abilities: Superhuman Physical Characteristics, Weapon Mastery (Skilled swordsman), Martial Arts (Skilled Hand-to-Hand Combatant), Acrobatics, Aura (Able to use his Aura for numerous purposes), Forcefield Creation (Aura can be used as a full-body forcefield), Statistics Amplification (Can use Aura to enhance his striking power), Enhanced Senses (Can use his Aura to sharpen his senses. Being a Faunus gives him enhanced hearing and grants him night vision. Adam is capable of fighting unimpaired while wearing a blindfold), Regeneration (Mid-Low), Extrasensory Perception, Fire Manipulation (Via Fire Dust), Energy Absorption/Projection, Attack Reflection, and Statistics Amplification (Via Semblance), Limited Duplication, Resistance to Extreme Heat and Cold (Aura protects the user from sub-zero temperatures, allowing them to be encased in ice without being cold, walk through a blizzard in casual clothing, and traverse the kingdom of Atlas, which resides in Remnant's North Pole, without wearing any protective gear, as well as extreme heat up to and including the heat of flames, being blasted with steam, and being submerged in lava without being burned)

Attack Potency: Multi-City Block level (Far superior to Blake and Yang during Volumes 1-3, even one-shotting the latter after she activated her semblance, and still outclassed them individually during the events of Volume 6. Blake was convinced that even if she and Sun took Adam on together he would still kill both of them. Cinder didn't desire to confront him until after obtaining Amber's powers), higher with Moonslice (Moonslice functions near identically to Yang's Burn, allowing Adam to absorb energy from his opponent's attacks and can project it back at them)

Lifting Strength: At least Class M, likely higher (Stronger than Blake and easily overpowered her during their clash)

Durability: Multi-City Block level (Took various attacks from both Yang and Blake in Volume 6), higher with Aura (Aura functions as a forcefield with a cumulative durability, depicted as a 'health bar', and allows him to take dozens of hits from opponents as strong as himself without any significant injury. Protected him from Yang's Semblance while his Aura was low)

Stamina: Superhuman. Went on various missions with the White Fang without getting tired, and fought both Yang and Blake on two occasions for extended periods of time, only getting tired after his Aura was broken by Yang's semblance

Range: Extended melee range with Wilt, Tens of meters with Blush and Moonslice

Intelligence: Gifted (Adam is highly skilled in swordsmanship, holding a preference towards the usage of "Iaido", a method in Japanese sword fighting that involves quickly unsheathing for a rapid attack and then sheathing again. Adam is also adept in unarmed combat, utilizing kicks and grabs in addition to his swordsmanship. Although Blake and Yang ultimately managed to defeat and kill him, all three exhausted their Auras during the final duel, showing that Adam was nearly a match for their combined power. Adam was very intelligent despite his aggressive personality, as he repeatedly proved himself to be very quick thinking and a skilled manipulator, best shown of his takeover of the White Fang. As a leader, Adam displayed an excellent tactical acumen, planning the White Fang's Vale operations, and successfully executed a political take over of the White Fang. Adam was also capable with psychological warfare, skillfully taunting Blake and Yang in all of his engagements with the two. Even at the height of his obsession with Blake, Adam retained his quick thinking on the battlefield)

Weaknesses: Cannot use his Semblance without his sword. Continual damage to his Aura will cause it to decay to the point where he can be left open to more significant damage. Aura's durability is cumulative; it will deplete with each attack he takes and can be brought down by characters of similar strength. Semblances drain aura by a small amount and without aura they cannot be used until the user's aura is recharged. Constant exposure to extreme temperature can drain the user's aura.

Yang Xiao Long (RWBY) Yang's Profile (Volume 6 Yang, battle took place at the Amity Colosseum and both had prior knowledge)