VS Battles Wiki
Register
Don't have an account?
Sign In
in: Characters, Anime Characters, Manga Characters,
and 19 more 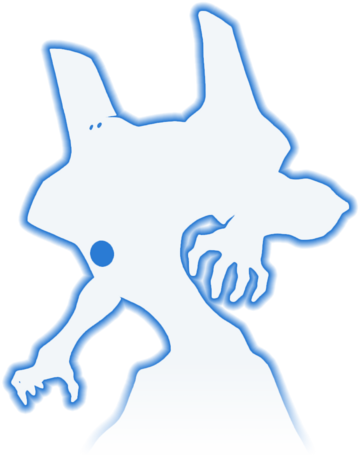 Adam is the designation of the First Angel, the first of Earth's two Seeds of Life and the progenitor of the Third through Seventeenth Angels. Adam is also the genetic basis of the Evangelion (with the possible exception of Eva-01).

Age: Billions of years old (Adam was already incubating inside its "White Moon" on Earth before Lilith's "Black Moon" collided with the newly created planet in the "First Impact" event, 4 billion years ago)

Powers and Abilities: Superhuman Physical Characteristics, Large Size (Type 1-2, should be at least comparable in size to the Evas), Self-Sustenance (Types 1, 2 and 3, Angels have shown repeatedly to not require oxygen and get endless energy from their S² Engines so they don't require sustenance), Enhanced Senses, A.T. Fields (Can be used both defensively and offensively, such as in the form of optic blasts), Self-Quantum Manipulation (A person's ego boundary is what forms their shape and keeps it from breaking down. Also, as shown by Shinji and other Lilin as a whole they are able to reform their bodies after being turned into a quantum state/pure LCL. Angels scale to Humanity as share they same nature because of the latter being the 18th Angel/Lilin, furthermore they possess a stronger A.T. Field, which is shown to be the ego boundary during the events of the Third Impact.), Power Negation Field (Adam's A.T. Field is equal to Kaworu's (as he possesses Adam's soul, which is what powers A.T. Fields), which an block out and nullify virtually all forms of energy and matter, including incoming light, electromagnetism and sub-atomic particles, within a certain radius), Energy Projection, Regeneration (High-Low, Low-High over time; should be able to regenerate from his core alone), Accelerated Development (Angels have been shown to reach an adult state seconds after hatching), Fusionism (Merged with Gendo Ikari), Durability Negation, Soul Manipulation, Mind Manipulation and Offensive Quantum Manipulation (Using an Anti-A.T. Field, he can break down A.T. Fields, the fields that separate living beings from one another and maintain their individuality, turning their physical bodies into LCL and freeing their souls), Spatial Manipulation (Unit-01's Anti-A.T. Field inverted dimensional values. Furthermore, as his A.T. Field is superior to Leliel, it should be capable of supporting space just like the angel) and Deconstruction (Adam's Anti-A.T. Field was reducing everything around him to quarks.), Limited Resistance to Info Analysis (Numerical expression and measurement of Anti-A.T. Fields is impossible), Resistance to Mind Manipulation and Soul Manipulation (The A.T Field is the ego boundary that keeps a being's individuality and that protects the heart/soul from outside influence), Extreme Cold and Cosmic Radiations.

Attack Potency: At least Multi-Continent level, likely Small Planet level (A premature activation annihilated the entire continent of Antarctica [generating 18 petatons in energy output] and erased all organisms in the surrounding Southern Ocean, even microbes and bacteria, it also caused the world's weather to change drastically. Had the Spear of Longinus not ruptured Adam's "core" organ, it would have wiped the entire planetary surface of lifeforms, down to the smallest virus.)

Speed: Massively Hypersonic+ combat speed with Relativistic reactions (Much faster than Israfel and should be comparable to Lilith)

Lifting Strength: Class T (Adam is the physical model for all the Evangelion Units except for Unit-01, making him superior to them)

Durability: At least Multi-Continent level, likely Small Planet level (Adam was only damaged by its 18 petaton explosion due to the Spear of Longinus piercing through its vital "core" at the time it activated the "Anti A.T. Field"; had the effort been made while Adam was uninjured, it likely would receive no such trauma)

Range: Extended melee range by virtue of size. Tens of kilometers with the "Cruciform Explosions". Planetary with the "Anti A.T. Field".

Intelligence: Since Adam only appears briefly in the form of flashbacks, it is hard to determine the extent of its intelligence. However, it is heavily implied that the "First Angel" is sapient: its actions surrounding "Second Impact" and "Instrumentality" suggest attempts to completely abolish Lilith-based lifeforms and replace them with its own descendants.

Weaknesses: The "core" of an Angel, once breached, means the absolute certainty of death for the Angel involved. In the aftermath of triggering an "Impact", it appears that Adam reverts into an embryonic state that is virtually defenceless to assault, and requires to "fuse" with the body of another life form to survive (though it is more likely to have been the side-effect of the incapacitation of its "S² Engine" rather than the natural occurrence).

A.T. Field: The intangible light of the soul in the physical world, A.T. Fields are possessed by all living beings on NGE-Earth and are one of the major aspects of the human psyche that defines someone as "individual" and "protect" them from the intrusion of another's feelings. However, the Evangelion Units and the Angels are unique in the ability to generate A.T. Fields that are corporeal and occasionally visible to the naked eye, possibly due to a large amount of innate energy contained in their souls. Their A.T. Fields mostly function as a physical defence: a forcefield consisting of concentric octagonal yellow lines. The barrier is almost perfect, only being temporarily disrupted from its active state by incredibly energetic weapons (such as military-grade positron beams and "N² Weapons") or erosion by another corporeal A.T. Field that is superior in strength. If left alone after initial disruption, the A.T. Field will revive its durability almost instantly as long as the user is still alive, making it a regenerative barrier. The transition from a dormant A.T. Field to an active Field is indicated by a slight atmospheric blurring.

Adam should possess all of the heightened capabilities of Tabris, given that its salvaged soul is the reason behind Kaworu's incredibly powerful "A.T. Field" in the first place.

Chamber & Doors of Guf [Hebrew] (Chamber & Doors of the Celestial Body): While the context of "Guf" within the NGE continuity has never been clearly defined, it is heavily implied that the Chamber of Guf represents a separate dimension (similar to the Dirac sea) which functions as a "storehouse" for unborn souls, while the Doors of Guf are apertures which manifest on Adam's palms and function as simple "gateways" between the Chamber and the physical universe. Adam essentially stores the necessary souls inside for bestowing life on to its children/creations, indicating to have given birth to the Angels with this method, before sealing the Doors up when the supply of souls was extinguished. It is likely that the mass soul removal effect intended out of a standard "Anti A.T. Field" is to provide a new supply of souls to Adam's "Chamber of Guf".

Anti A.T. Field: Evangelion Units with the possession of a "S² Engine" and sufficiently intelligent Angels are capable of inverting the dimensional values of their own "A.T. Field", triggering a tremendous explosion of energy entering well into the gigaton range even for the weakest users. An "Anti A.T. Field" projection also has the added ability of dematerializing all "A.T. Fields" (intangible or corporeal) within its area-of-effect, resulting in the dissolution of regular organic matter into LCL fluid (affectionally referred to as orange tang) and the mass removal of souls from the physical form. Beings composed of an alternative type of matter (such as synthetics or the elusive particle-wave matter seen in the NGE-verse) are unaffected by the dissolution/soul-removal half of an "Anti A.T. Field" projection.

In the case of the "First Angel", its "Anti A.T. Field" has enough power to affect the entirety of Earth's surface, and even when its "S² Engine" (The power which the "Anti A.T. Field" generates from) collapses and greatly weakens its power, Adam still manages to completely obliterate the continent of Antarctica and wipe out all lifeforms (Even microbes and bacteria) in the surrounding Southern Ocean, rendering it as a permanent "dead sea".

Regeneration: Adam possesses the ability to recover or revive lost portions of its body. While it does not demonstrate the ability in the flashback sequences to "Second Impact" (as the organ that enables regenerative capabilities, the "S² Engine", had been critically damaged), Adam is known to have survived the enormous explosion by regressing into an embryonic state, fossilized in frozen bakelite, and the Director's Cut edition of Episode 23 from the original TV series may imply that the "First Angel" was very gradually regenerating into its original form.