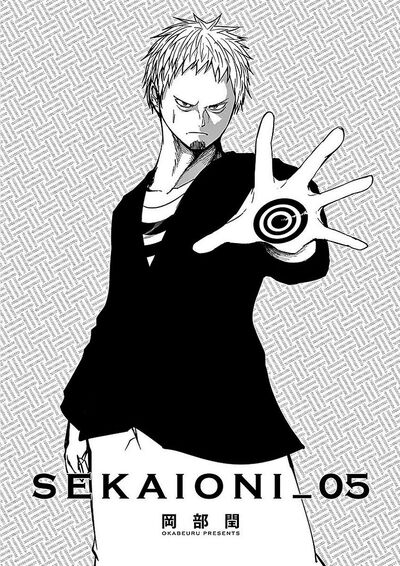 Speed: At least Superhuman (Can fight with World Devils)

Alice - A human who has a rare illness called the "Alice in Mirrorland"-Syndrome, making him see things in reflecting surfaces that shouldn't be there.

Materialization - An Alice has the ability to materialize any object that he or she can imagine. However, he or she must also understand how it works. If an Alice knows the look of a gun, but does not know how it works, he or she will not be able to fire it. With a sufficient level of knowledge, they can create even a tank or a nuclear bomb. However, the more complex and larger the device, the more spiritual energy is spent on materialization. For example, to create a tank 50 units are needed (With a maximum of 1000 units per Alice, but each specific materialization can not spend less than 1 or more than 100 units). In addition, the items can not be very different from their counterparts in the real world. They can not create a gun that will fire like a large-caliber rifle. However, they can change the shape of the created object. And the simpler the object, the more possibilities exist for modifications. For example, they can lengthen a sword or a spear, change its shape and so on.

Manifestation - An Alice has the ability to enhance objects from the real world. In particular, an Alice can strengthen his or her spiritual body (the statistics are increased tenfold). Applying the manifestation on weapons from the real world, they can, for example, make a gun that shoots nuclear warheads. In fact this ability has no restrictions, it can help to be the highest form of life. However, the risk is very high. The strength of the manifestation is unstable. An Alice cannot control it. Moreover, in this state, the limiter is not activated (that may lead to the depletion of vitality and subsequent death of soul and body).

Retrieved from "https://vsbattles.fandom.com/wiki/Adachi_Teruki?oldid=6135905"
Community content is available under CC-BY-SA unless otherwise noted.