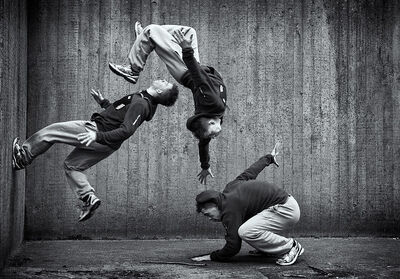 Acrobatics is defined as the technique of performing maneuvers of balance, dexterity, agility, and coordination. In fiction, the levels of acrobatics can vary between simply performing extraordinary human movements to defiance of the laws of gravity and movement.