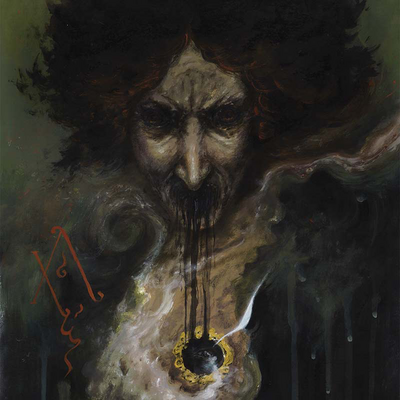 Achlys was the personification of misery and sadness according to Hesoid.  Achlys represents the death-mist and, according to some cosmologies, was the eternal night and had existed before Chaos. It was believed that Achlys was a daughter of Nyx, putting her among the Keres, but this hasn't been confirmed.

Tier: Unknown; at most Low 2-C

Age: Unknown; at the oldest, she'd predate the universe.

Powers and Abilities: Immortality (Types 1 and 5), Empathic Manipulation (Personifies misery and sadness), Death Manipulation (Personifies the death-mist), Plant Manipulation (In Nonnus' account, Hera was said to have procured treacherous flowers from Achlys), Sleep Manipulation (The flowers procured from Achlys shed a sleep charm over the guardians of Bromios), Poison Manipulation (The distilled poisons and ointment Hera used was believed to have come from Achlys as well), Transmutation (The ointment from Achlys turned the guardians of Bromios into horned centaurs), possibly Large Size (Type 8; the universe was presumed to be infinite, meaning the eternal night likely was as well. It's important to note that, according to some cosmologies, Achlys is the eternal night that came before Chaos)

Attack Potency: Unknown, at most Universe level+ (Presumably the eternal night according to some cosmologies)

Speed: Unknown, likely Nigh-Omnipresent at most

Lifting Strength: Unknown, at most Immeasurable

Durability: Unknown, at most Universe level+

Range: At least Standard Melee Range, at most Universal

Intelligence: A goddess with thousands of years of experience.

Weaknesses: If Achlys was a daughter a Nyx and thus a Ker, she would have an insatiable thirst for blood just like the other Keres.