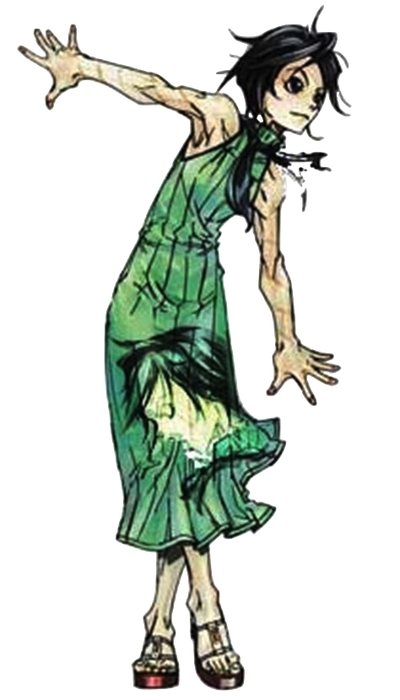 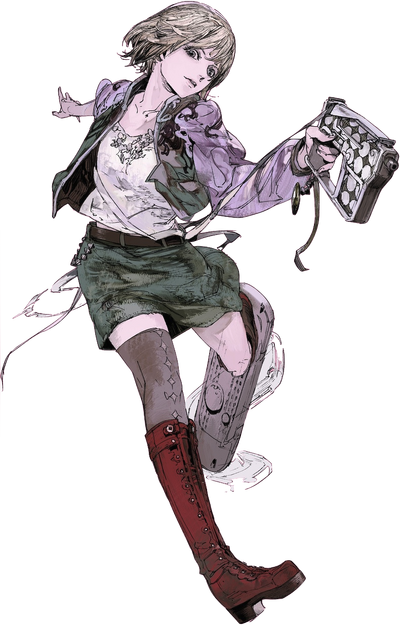 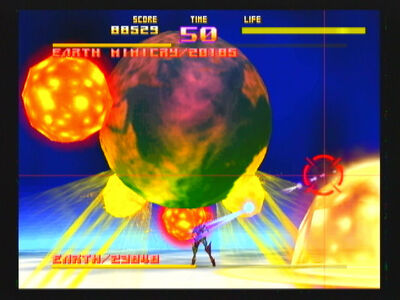 Achi is the main antagonist of the first Sin and Punishment game and a primary protagonist in the sequel. She was the leader of the Savior Group before she gave her position to Saki and acted as regular member alongside Airan, but unknown to them she was secretly following her hidden agenda against the Creators. After her defeat, she would later lose her memories and found by Saki's and Airan son Isa, who called her Kachi.

Origin: Sin and Punishment: Successor of the Earth

Gender: Shaped to be Female

Age: Shaped to be physically 13 years old in the first game, implied to be far older

Likely retained her previous abilities, Flight, Regeneration (Likely Low-Godly. Likely retained her previous regeneration), Weapon Mastery (Has mastery over her weapon), Energy Projection (Her weapon has a Lock-on system, can fire projectiles, or a charged one), Attack Reflection (Able to deflect projectiles), Able to connect with Isa's Ruffian Form preventing him from losing his mind

Attack Potency: At least Small City level+ (Stronger than Saki, Airan and Brad, easily shaked a military ship and blocked regular projectiles from Saki) | At least Small City level+ (At least as strong as she was previously, comparable to Isa) | Planet level (Heralded as one with large destructive power and stated by Deko to be capable of destroying entire worlds, transformed into a false copy of earth which was going to destroy and replace the regular one. Has not shown the full extent of her powers since she was merely testing Saki)

Standard Equipment: None notable | Her gun | None

Intelligence: Gifted (More intelligent than Airan, devised a plan to subvert the Creators and knew how revert Saki from his Ruffian Form)

Retrieved from "https://vsbattles.fandom.com/wiki/Achi?oldid=5721288"
Community content is available under CC-BY-SA unless otherwise noted.