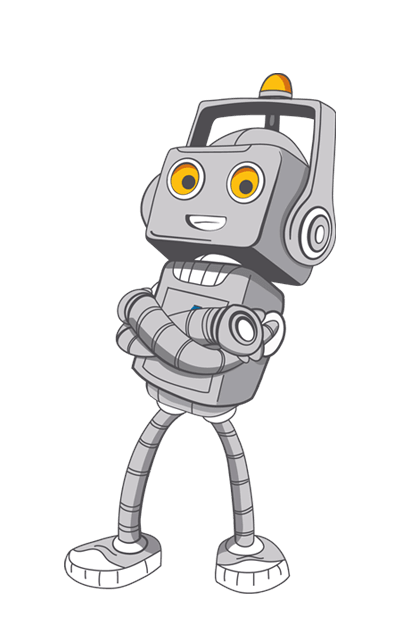 Ace is the driving instructor for the Aceable Online Drivers Ed and Defensive Driving program. When he was a young android he accidentally caused his best friend, Jaiden, to get in an auto accident. This traumatized him, and led him to found his own driver's education course to properly educate young drivers before they get their driver licenses. He is in a rivalry with Mr. Bill, a human driver's ed teacher who is inefficient at teaching and a detriment to society in Ace's eyes. He has a quick wit and a sense of humor that allows him to relate to humans easier.

Gender: Technically genderless, but identifies as a Male

Age: Unknown, but is an adult android

Powers and Abilities: Superhuman Physical Characteristics, Vehicular Mastery, Elasticity (Can stretch his arms and legs), Enhanced Senses (Has eyesight and hearing superior to a human's), Social Influencing (Is a teacher/instructor and has convinced many people to do things safely rather than risk their lives), Type 2 Inorganic Physiology (Is an android) and a Resistance to Electricity Manipulation (Has stated that a lightning strike would go through him and into the ground)

Attack Potency: Street level (Has stated many times that his body is superior to a human's and can survive most things a human won't)

Speed: Normal Human (As an instruction unit, he is not built for superior running speeds)

Lifting Strength: Unknown (As an instruction unit, he is not built for superior lifting strength)

Stamina: Technically infinite, but his battery runs out after a couple days

Intelligence: At least Above Average (Is a skilled instructor who claims to have an intellect superior to the average human's due to his programming)

Weaknesses: Tries to avoid conflict as much as possible and follows every law he can; can be arrogant at times due to his belief that Aceable is the superior driving education platform

Retrieved from "https://vsbattles.fandom.com/wiki/Ace_(Aceable)?oldid=4709104"
Community content is available under CC-BY-SA unless otherwise noted.