VS Battles Wiki
Register
Don't have an account?
Sign In
Advertisement
in: Tier 5, Tier 5-B, Tier 4,
and 44 more 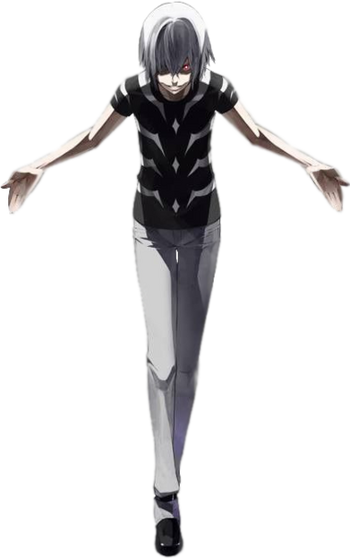 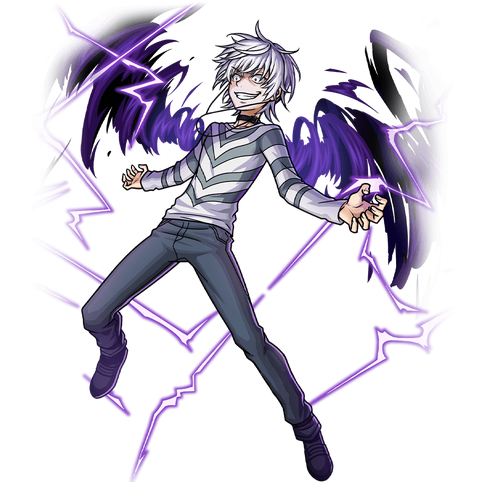 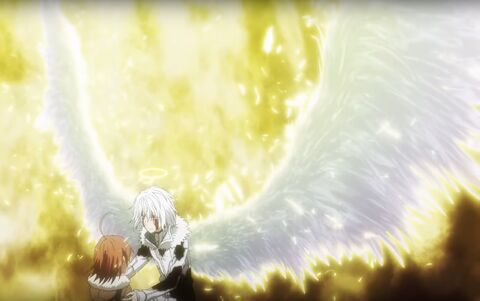 The Accelerator is the name used to refer to the 1st-ranked Level 5, the strongest esper currently residing in Academy City.

First appearing chronologically in To Aru Majutsu no Index as an antagonist, he later becomes the second protagonist of the series and primary male protagonist of the Science Side after being defeated by Kamijou Touma. His journey to a more "heroic" role in the story progresses after meeting and saving Last Order, and is forced into an ironic twist of fate where his life now depends on the Sisters, clones he previously killed by the thousands. He is also a major antagonistic character in To Aru Kagaku no Railgun and is the protagonist of To Aru Kagaku no Accelerator.

In his role as a protagonist, he is forced to deal with the cruel Dark Side of Academy City, the secret conspiracies surrounding it, the guilt he carries from the Level 6 Shift experiment and his inner conflict about his status as a villain/hero. As the most powerful esper of Academy City, his existence and powers are tied to the plans of Aleister Crowley, the founder of Academy City, alongside Kamijou Touma.

Name: The Accelerator, The One Who Wields the Power of God, The Main Plan, The Strongest Esper, The One Way Road, #1

All prior, Proficient Marksman, Has control over remote vectors, Metaphysical Energy Manipulation and can manipulate To Aru's unusual magical vectors better than before

All prior, absolute manipulation of vectors from long-range distances without the need for touch, Regeneration Negation (Up to High. Beetle 05 had some issues remaking his body after being crushed with Accelerator's wings. Nephthys couldn't regenerate from his attacks.), Superhuman Strength and Durability via Angelic Physiology

All prior, but boosted even higher to an unknown degree

All prior, Soul Manipulation, Forced Astral Projection (With the introduction of the third tree, he can forcibly remove souls from the body of his targets into an Astral Projection. Forced Coronzon's Soul out of her body) and Law Manipulation (By having the power over the (formerly) nameless third tree and inserting it into the world, Accelerator overwrote the rules that govern reality and created a new set of rules and a new hierarchy).

Striking Strength: Human Class, however it can be augmented up to Planet Level using Vector Control. (Comparable to Attack Potency, likely far higher, will scale depending on the opponent's own durability, via reflecting and multiplying the rebounding/reactionary forces encountered upon contact)

Stamina: High, can continue to fight after severe injuries, managed to use his powers while unconscious after getting shot in the head to save his life and Yoshikawa's, and also managed to continue attacking Aiwass after being nearly sliced in two by its wings. However, the battery of his choker that lets him use his esper power is limited to 15/30 minutes. This time limit does not apply in his other angelic forms.

Range: A few dozen meters with firearms and standard vector attacks, several kilometers with Air Manipulation (Can manipulate the air across Academy City), one planetary diameter when using the Earth's energy and rotation. Varies with what vector he comes in contact with. Galactic range with Platinum wings

Intelligence: Extraordinary Genius. His intellect exceeds a hundred supercomputers. Accelerator's esper ability has been shown to require complex calculations to function, with him being skilled enough in this field to come up with a new application on the fly during his battle against Touma. He also appears to have a very good memory, as he memorized the codes for Last Order's default mind state and was able to remotely return her to that condition, thus erasing the virus planted into her by Amai Ao. Later, he also starts to display well-thought out strategies in battle, like when he was able to take out the Hound Dogs using guns, which he utilized for the first time against them, along with exploiting his immediate environment and psychological tactics to his advantage, without using his esper ability. Even with less than half of his calculation ability, it is great enough to allow Accelerator to calculate and analyze all the 25,000 different kinds of energy of Kakine Teitoku's Dark Matter was emitting at once and updating his ability in order to reflect them, while fighting on par with Kakine and protecting the bystanders. Unknown with Platinum wings. Has likely tremendous amount of knowledge about the occult to an exponential degree via the third tree. Has access to all of Academy City's resources and databases with the authority as the Board Chairman.

Weaknesses: Overconfident and sadistic; tends to stand around and willingly allow attacks to reach him due to having never suffered defeat before in his life | The electrode which lets him use his powers only has 15/30 minutes of battery, and utilizing magic spells can result in grievous injuries if not properly protected against with vector control | Rational thought processes can potentially be overwritten by uncontrollable blood-lust | None notable | None notable

Accelerator (一方通行 (アクセラレータ) Ippō Tsūkō (Akuserarēta), lit. "One-Way Road"): The unique esper ability of the strongest Level 5, also used by Accelerator as his name since he has forgotten his original name. Known as Vector Transformation (ベクトル変換 Bekutoru Henkan), Vector Change or Vector Conversion, it creates a thin field of AIM around him, which allows him to modify the vector values of anything he touches. It allows him to manipulate all kinds of physical vectors, from those related to kinetic energy to ones related to heat and electricity. It is initially limited to attacks that work using the regular physical laws, but through the use of Accelerator's massive intellect and calculating prowess, he has been able to incorporate vectors that were unknown to him and worked under different laws like Kakine's Dark Matter's, magic's or Telesma's into his equations. The nature of a Personal Reality allows an esper to enforce their own internal system of laws onto the world, and the process of doing so entails observing and controlling the microscopic possibilities within the quantum level.

Note: The Post-Headshot statistics and after keys are based on Accelerator as he currently is in the Light Novels.