VS Battles Wiki
Register
Don't have an account?
Sign In
Advertisement
in: Characters, Anime Characters, Saint Seiya,
and 27 more 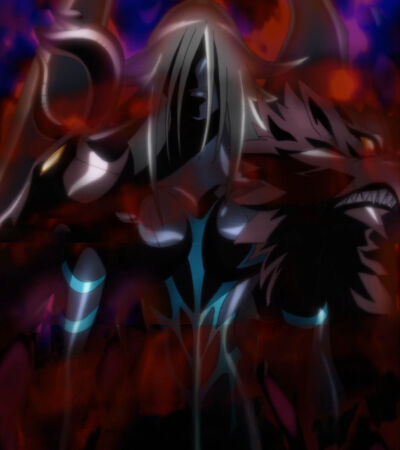 Gender: Male, but has female characteristics (likely genderless as a Primordial God)

Age: Unknown. At least billions of years old (Older than the Universe)

Powers and Abilities: Superhuman Physical Characteristics, Can likely counter or nullify any technique after seeing it being used once, Flight, Telepathy, Telekinesis, Energy Manipulation, Matter Manipulation (Cosmo's basic powers are destroying objects on atomic level. While moving faster than light, one can destroy even photons themselves), Aura, Perception Manipulation, Sense Manipulation, Mind Manipulation, Paralysis Inducement, Life Manipulation, Statistics Reduction, and Heat Manipulation (By being in the presence of a God. The 5 basic senses, and the Mind are rendered Unusable, and denied. The Gods Radiate a divine Aura that causes fear in the surrounding beings, and forces them to obey their commands. The power that radiates from the Gods also causes the affected targets to be paralyzed. Their Life Force then starts to drain, and they then have their strength, speed, and durability reduced along with their life force by being near a gods cosmo. Powering up their cosmo causes the heat in the area around them to increase drastically, along with their attacks being imbued with intense heat), Extrasensory Perception (The Gods have additional supernatural senses such as the 6th, 7th, 8th, and 9th sense) Dimensional Travel (Can travel and cross dimensions via power-scaling), Enhanced Senses, Can attack non-physical beings, Forcefield, Possession, Can copy the techniques of beings he has possessed, Darkness Manipulation, Can infect living things with the power of darkness (Can infect normal-cosmo users disabling their ability to use/burn their cosmo), Shadow Manipulation, Dimension Creation, Immortality (Type 1, 3, 4 and 6) and Reality Warping, Regeneration (Mid-Godly), Can create entire worlds/universes, Causality Manipulation, Acausality, Resistance to Heat Manipulation (All Cosmo users by powering up their cosmo generates heat around them thus also being in the presence of other Cosmo users, and taking attacks from them), and Electricity Manipulation (Entry level Cosmo users can withstand 10,000 volts. While more experienced Cosmo users can withstand even more than that)

Attack Potency: Low Multiverse level (Was able to crack Athena's Armor with a fraction of his power, Created the Saint Seiya Omega universe)

Intelligence: A skilled fighter, Abzu has battled for many years. Average otherwise.

Weaknesses: Light Cosmo, but more than what Athena can output.