VS Battles Wiki
Register
Don't have an account?
Sign In
Advertisement
in: Tier 5, Tier High 5-A, Tier 2,
and 19 more 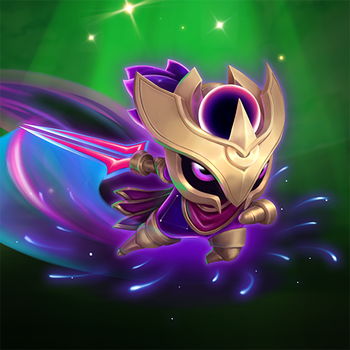 Abyssia wields a sword imbued with the power to open rifts between space and time. No one knows what Abyssia looks like, as its true form remains forever hidden beneath its mask.

Gender: Genderless, refereed to as an "It"

Attack Potency: Dwarf Star level (Capable of slicing a planet in half), up to Universe level+ with Summoning (Can summon units such as Dark Cosmic Jhin to fight for them)

Speed: Immeasurable (Comparable to a Little Legend that can fly through time and space)

Lifting Strength: Class Y (Can lift a sword the size of a planet)

Range: Planetary with sword, multiversal+ with dimensional travel and summoning.

Intelligence: Gifted, can use a sword expertly