VS Battles Wiki
Register
Don't have an account?
Sign In
Advertisement
in: Unknown Tier, Tier 7, Tier Low 7-B,
and 21 more 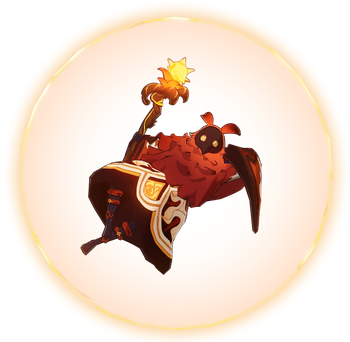 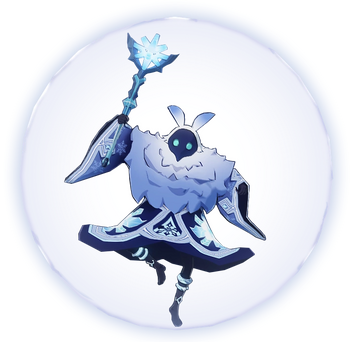 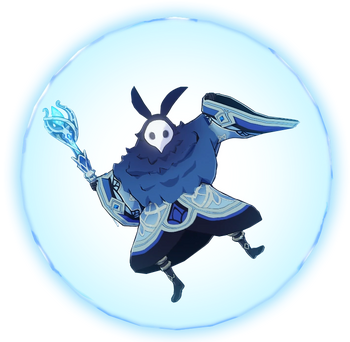 Abyss Mages are the foot soldiers of the Abyss Order, which are remnants of the lost civilization of Khaenri'ah. They harness elemental power directly from the leylines and manipulate the minds of Hilichurls to assist in their operations.

While generally inferior to any decently-trained Vision-wielders, they are highly-intelligent and manipulative creatures that are not to be underestimated.

Classification: Servants of the Abyss Order

Superhuman Physical Characteristics, Abyssal Magic, Flight, Teleportation, Forcefield Creation (Abyss Mages can create enhanced spherical elemental shields that are more durable than the standard shields used by Vision-wielders), Disease Manipulation and Empathic Manipulation (Prolonged exposure to the Smaragdus Jadeite, which contain concentrated elemental energy, can cause effects which vary from illnesses at best to changes in personality at worst[1]), Resistance to Disease Manipulation and Empathic Manipulation (Visions or Elemental Energy users can resist the effects of Smaragdus Jadeite[1]).

All general abilities, Fire Manipulation, Fire Aura (while their shield is active, everything in relatively close proximity to the Mage is instantly ignited), Creation and Breath Attack (Pyrochanters are able to create demon heads that spew fire), and Homing Attack (Pyrochanters can summon pillars of flame directly at a target's location). Invulnerability to Fire Manipulation (with Pyro shield).

All general abilities, Ice Manipulation, Ice Aura (while their shield is active, everything in relatively close proximity to the Mage is flash-frozen) and Homing Attack (the icicles fired by Cryochanters can home in on targets). Invulnerability to Ice Manipulation (with Cryo shield).

All general abilities, Water Manipulation, Water Aura (while their shield is active, everything in relatively close proximity to the Mage is imbued with Hydro), Homing Attack (Hydrochanters are able to generate giant Hydro bubbles that home in on targets, trapping and suffocating them). Invulnerability to Water Manipulation (with Hydro shield).

Speed: Massively Hypersonic reaction and combat speed (Able to react to characters and attacks capable of moving at speeds comparable to natural lightning).

Stamina: Average. While surprisingly durable, Abyss Mages are physically inept and are heavily stunned to the point of being effectively incapacitated the moment their shield has been destroyed; taking an extended amount of time to regain their bearings and continue attacking or recast their shield.

Range: Dozens of Meters with magic.

Intelligence: At least Above Average. Abyss Mages are well-known for their schemes, and as mages, they are generally well-studied.