VS Battles Wiki
Register
Don't have an account?
Sign In
Advertisement
in: Tier 7, Tier 7-C, Izuna: Legend of the Unemployed Ninja,
and 19 more 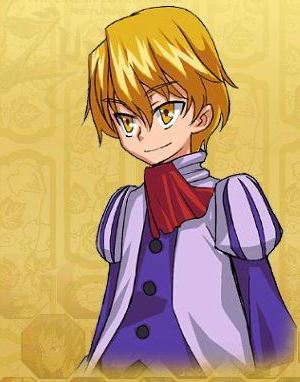 Abyss is a supporting character and the main antagonist from Izuna 2: The Unemployed Ninja Returns. He's the foreign God of Darkness and the son of the leader of the Foreign Gods. Despite being the leader of his small group, he’s very immature, bratty and is prone to getting angered when things don’t go his way, causing destruction around him in frustration. During Shizune’s stay in the mainland, he became good friends with her, but due to his spoiled attitude, became extremely possessive of her. Angered when he realizes she left (to look for her sister), he invades Izuna’s country with his fellow gods and waves of monsters to bring her back with him.

Attack Potency: At least Town level, possibly higher (From this feat. He's easily the strongest character of the series), higher as EX, even higher as Dark Prince

Speed: Likely Superhuman running speed, Subsonic+ combat/reaction speed (He can dodge arrows shot from right in front of her by jumping a few meters aside), higher attack speed

Stamina: Vastly Superhuman, likely higher than Izuna due to being a God (He can keep fighting even after getting severely beat up, or having her stamina drained)

Intelligence: Immature and doesn’t think things through, but he’s by far the most capable in combat out of all the characters

Weaknesses: Very bratty, has a short temper and is prone to throwing tantrums. None other, outside of game mechanics