VS Battles Wiki
Register
Don't have an account?
Sign In
in: Characters, Antagonists, Game Characters,
and 25 more 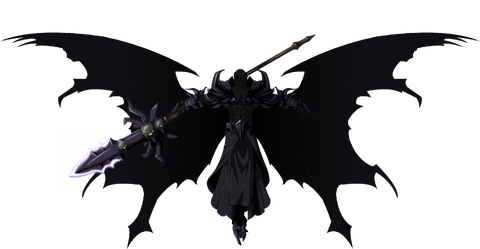 Absolix the Uncreated is the "son" of Ryuusei Cartwright who was created with the help of Visia and The Mutant King as well as the first living creature to be created through Uncreation. In an attempt to experience being conquest, he sought to take over Lore by creating the greatest army of all time consisting of the most notorious villains of Lore. After being stopped and defeated by his own father with the help of The'Galin, Absolix was sent to school in a distant galaxy. After a year later he sought to find his father and have him to atone for his sins. A fierce battle ensued, which caused both Ryuusei and Absolix to vanish from the Scar where his current whereabouts are unknown.

Gender: Referred to as male

Classification: Being of pure Uncreation

Attack Potency: At least Island level (Could clash evenly with a non-possessed Ryuusei Cartwright as well to overwhelm the Hero of Lore)

Speed: At least Relativistic (Flew from the Moon to Lore within minutes, if not seconds. Comparable to the Hero of Lore)

Intelligence: Unknown (Has shown to have had the mental capacity of a younger individual on debut but has progressively developed to the point where he was able to develop suspicions of Ryuusei Cartwright's actions and eventually retaliate)