VS Battles Wiki
Register
Don't have an account?
Sign In
Advertisement
in: Tier 7, Tier High 7-A, Tier 6,
and 26 more 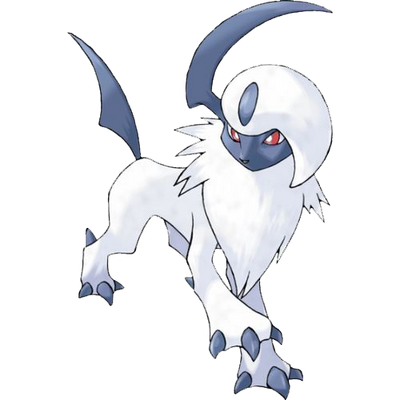 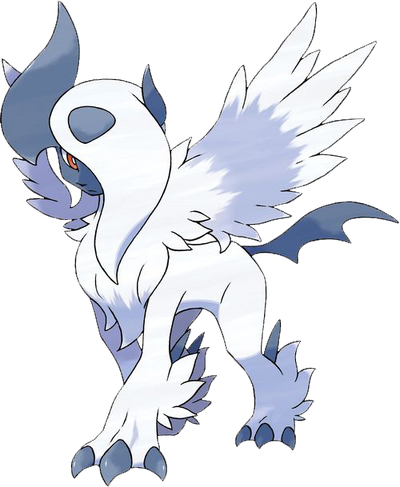 Absol (Japanese: アブソル, Absol) is a Dark-type Pokémon. While it is not known to evolve into or from any other Pokémon, it can Mega Evolve into Mega Absol using the Absolite.

As Mega Absol, its fur is longer overall, and the increased energy coursing through its body makes the fur at the back of its mane stand on end, so that it appears to have wings.

Attack Potency: Large Mountain level+ (Comparable to the likes of Tyranitar) | Island level (Stronger than Pure/Huge Power Pokémon and Marowak holding a Thick Club, should be comparable to other mega evolved Pokémon such as Mega Charizard)

Speed: FTL | FTL (Faster than Fully-Evolved Pokémon, such as Golem)

Range: Standard melee range, tens of kilometers with most attacks like Razor Wind and Psycho Cut

Intelligence: Below Average normally (Capable of coherent speech between other Pokémon, a degree of understanding of commands and social situations, and can solve minor puzzles, though still mostly driven by instinct), Gifted in battle as Absol (Should be superior to 1st and 2nd stage Pokémon and are able to consistently fight the likes of Machamp which have mastered all martial arts, as well as Alakazam)

Weaknesses: Weak against Fighting, Bug, and Fairy type attacks | Absol can only access their Mega Evolutionary stage through physical possession of a specific Mega Stone type that is uniquely attuned to that species and resonating the Stone with an accompanying Mega Ring (or similar device containing a Key Stone), which can only be constructed by artificial means: this excludes most wild specimens from harnessing the innate evolutionary potential, leaving only individuals in captivity as probable candidates for Mega Evolution. Mega Evolution is not a permanent transformation; specimens immediately revert back to their "base" forms once combat has been successfully concluded