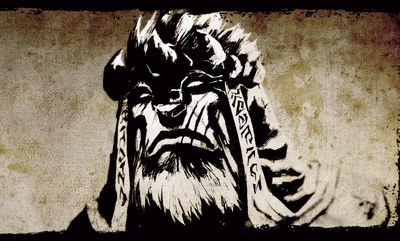 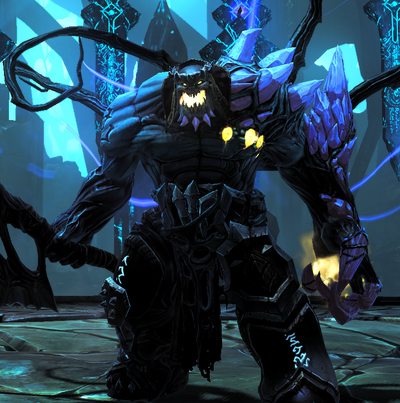 Absalom, also known as the Chaos Avatar, was the former leader of Nephilim, now deceased, and the first of his kind to exist. After losing to Death, Absalom is resurrected as the source of all corruption throughout the kingdoms and he later proved to be the main antagonist and last boss of Darksiders II. Absalom had planned to end all things and recreate the kingdoms his image but he was eventually killed by the rider who had already killed him before.

Tier: At least 7-B, 3-A via Environmental Destruction overtime with Corruption

Age: Unknown, at least 300 years old, was the first Nephilim

Classification: The First Nephilim, Former leader of the Nephilim, Avatar of Chaos, Corruption

Attack Potency: At least City level (Was somewhat able to match Death), Universe level via Environmental Destruction overtime with Corruption (If Death didn't stop it, Corruption is capable of destroying existence itself)

Speed: Hypersonic (Kept up with Death)

Lifting Strength: At least Class 10 to Class 25, likely Class K to Class M (Comparable if not superior to War)

Durability: At least City level (Took hits from Death, was still able to fight even when his arm was cut off)

Stamina: Very High (endured severe injures and still fought despite being in no state to fight)

Range: Standard melee range with Absolution, higher with tentacles and other Corruption powers

Intelligence: High (was the leader of the Nephilim, successfully corrupted several realms)

Weaknesses: Can be reckless, Corruption is weak against powerful holy elements 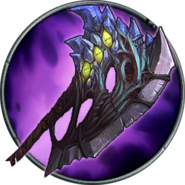 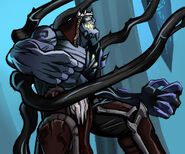 Absalom art
Add a photo to this gallery