VS Battles Wiki
Register
Don't have an account?
Sign In
Advertisement
in: Tier 10, Tier 9, Humans,
and 21 more 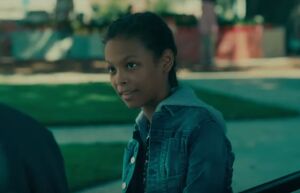 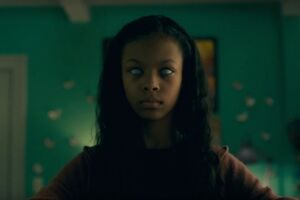 Abra Stone is child born with the most powerful shine abilities seen by both The Trueknots and Danny Torrance. When she sensed the death of another boy who shone at the hands of the Trueknots she made contact with Danny Torrance. Together they prepared to fight off the cult in hopes to protect her and others like them in the future.

Tier: 10-B physically, 9-C with weapons, Unknown with Telekinesis

Attack Potency: Human level physically, Street level with weapons (Her weapons are within this tier), Unknown with Telekinesis (Her Telekinesis was able to levitate dozens of metal spoons to the roof and was able to completely shatter a glass door, and damage done in the mind transfers to damage in the real world), her mind manipulation ignores durability

Speed: Athletic Human (Was able to move fast enough to cut Rose the Hat's back legs before she could react)

Intelligence: Above Average (Is extremely adept in using the shine even at a young age)

Weaknesses: If she takes drugs or alchohol it will negate her shine abilities.