VS Battles Wiki
Register
Don't have an account?
Sign In
Advertisement
in: Tier 8, Tier 8-A, The Incredible Hulk: Ultimate Destruction,
and 15 more 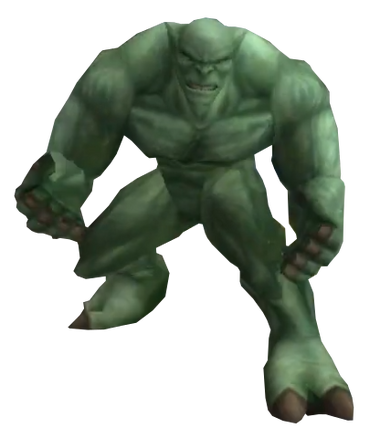 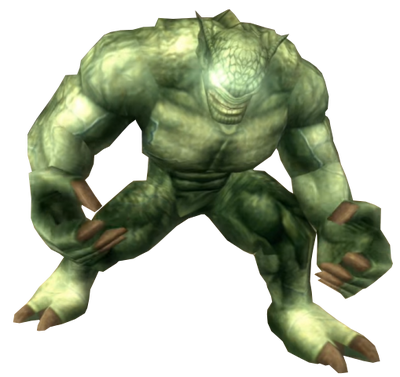 Emil Blonsky, a former NSA agent who has joint command over the Division along side General Thaddeus "Thunderbolt" Ross. His mission is to study and eradicate all Gamma Mutates, and seems to hold a deep hatred for all Mutants.

Blonsky, after locating Bruce Banner current location, launched an attack on his residence alongside General Ross. While the attack ending in failure, Blonsky ended up exposing himself to a large amount of Gamma Radiation from one of Bruce experiments. This would eventually transform him into an "Abomination" similar to the Hulk.

Powers and Abilities: Superhuman Physical Characteristics, Air Manipulation (Can generate large shockwaves with his attacks), Large Size (Type 0. Bigger than the Hulk, who is 3.65 m), Skilled Hand-to-Hand Combatant (Is capable of trading blows with the Hulk), Acrobatics (Is just as nimble as the Hulk), Multiple Selves (Type 1. The Abomination takes form as another personality inside of Emil's head) | All prior abilities, Large Size (Type 1, 18 m. Is far bigger than the Hulk)

Lifting Strength: Class M (Can grapple with the Hulk, who is capable of this) | Class M (Can lift and throw large generators that are bigger than himself. Is capable of grappling with an enraged Hulk, who cannot escape his grasp)

Intelligence: Gifted. Is a highly ranked NSA agent that was researching Gamma Radiation, and doesn't lose any of his intelligence while transformed. He is mentallty unstable and has likely become insane by the end of the game.

Weaknesses: Will turn back into his human form after taking enough damage, and may not have clear memories of his transformation. | None Notable

Shockwave Smash: The Abomination punches into the ground which creates a large shockwave that travels along the ground. With one punch he creates multiple shockwaves that goes off into different directions.