VS Battles Wiki
Register
Don't have an account?
Sign In
Advertisement
in: Tier 9, Tier 9-B, Characters,
and 8 more 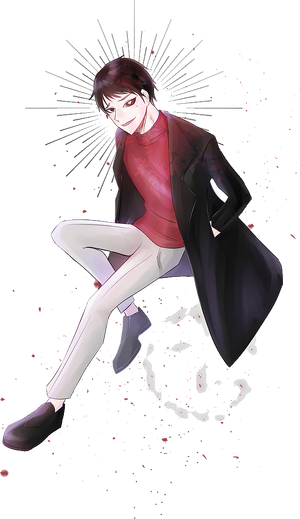 Abel Cox is an antagonist of the manhwa, Uglyhood

One of the highest known ranking Leaders of the Yamanus Church, not much is known about him except that he doesn't like being near Olivia May due to her personality

Attack Potency: At least Wall level, likely higher (Wiped the floor with the majority of the members of the Named)

Speed: At least Supersonic, likely higher (Arrived at the hideout of the Named a few moments after being teleported 200 meters away from it and kept up with Elsa Bryant)

Durability: At least Wall level, likely higher (Endured a beating from Elsa Bryant, survived being flung into a few stone pillars which got destroyed, falling from 200 meters in the air, getting smacked by Elsa Bryant, and Oliva May's attack, and took on a kick from Jennifer Wild)

Aura: Created a blast around him

Extrasensory Perception: Can feel the presence of people