VS Battles Wiki
Register
Don't have an account?
Sign In
Advertisement
in: Tier 1, Tier 1-A, Characters,
and 49 more 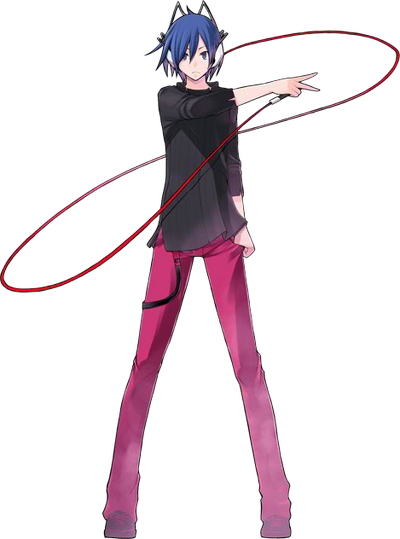 The reincarnation of the biblical Abel, he was once a normal high school student until the advent of God’s ordeal, which locked everyone in Tokyo together without means of escape. Given a modified COMP by his cousin Naoya, he became capable of summoning demons. Though originally simply one of the many who were inhabited by Abel’s essence, his unique encounter with and defeat of the great demon Beldr made him a contender for the Throne of Bel, a position originally held by the original Bel, a great being who fought God many years ago and rivaled him in power, but was ultimately defeated and split into many lesser deities. After defeating Beldr, Belial, Jezebel, Beelzebub, Belberith, and Babel, he becomes the King of Bel and serves as God’s ultimate messiah, or wages war against Him.

Attack Potency: Outerverse level (Immensely above all demons, to the point where even the greatest servants of Chaos will turn to YHVH out of respect and fear of him should he become a Messiah. Considered the ultimate messiah of the Lord should he choose that path, above the likes of even Metatron, and superior to Metatron’s might combined with the 4 cardinal Archangels, which should be comparable to if not superior to the power of Merkabah. Capable of killing Lucifer even before absorbing the powers of Belberith and Babel. Equal to the original Bel, who fought with YHVH in the past, though YHVH was likely a lesser deity at that point)

Speed: Irrelevant (Can fight beings like Metatron and Kudlak, who can fight Kresnik, one of YHVH’s proxies.)

Durability: Outerverse level (Should be above Lucifer)